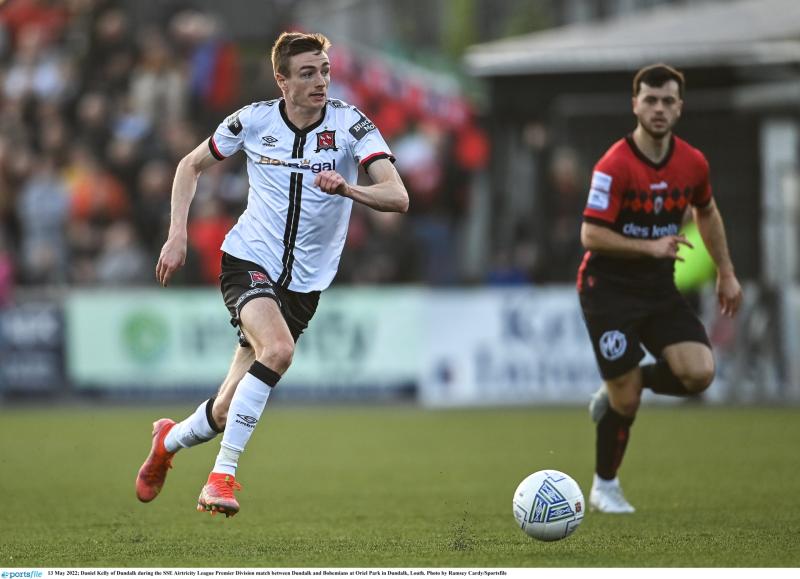 Dundalk FC have extended their unbeaten run in the SSE Airtricity League to six matches after overcoming Finn Harps 1-0 in what was a hard-fought battle in Ballybofey.

Daniel Kelly’s 53rd-minute goal was all that could separate the sides, with results elsewhere meaning The Lilywhites closed the gap on Derry City and Shamrock Rovers.

With a game in hand, Stephen O’Donnell’s side are now just one point behind Derry in second place and eight behind Rovers in first as the season enters its halfway stage.

Dundalk didn’t have it all their own way at Finn Park, however, but they had opportunities early on, with Keith Ward having a shot easily kept out by Mark McGinley.

After that, Sam Bone fired an audacious effort from distance well off target, while Patrick Hoban drilled his attempt wide of the post as O’Donnell’s team looked to make it two away wins in the space of four days after they had defeated Derry 2-1 last Friday night.

Kelly could have put the visitors in front just past the half-hour mark, but after Harps had failed to clear their lines inside the box, he lifted over the top of McGinley’s crossbar.

Harps had a decent chance when a good ball over the top from Ryan Connolly found its way to Eric McWoods and he pulled it back for Yoyo Mahdy who then fired just wide.

Seconds later at the opposite end, Kelly forced McGinley to save with his feet before John Martin headed off target from the resulting rebound, but really should have scored.

Dundalk hit the front when a Lewis Macari cross was brilliantly kept in at the back post by Ward before Kelly finished despite the best efforts of Harps defender Regan Donelon.

Harps went in search of a leveller and Connolly’s rasping effort from distance was excellently saved by Nathan Shepperd, while McWoods missed a great chance late on.