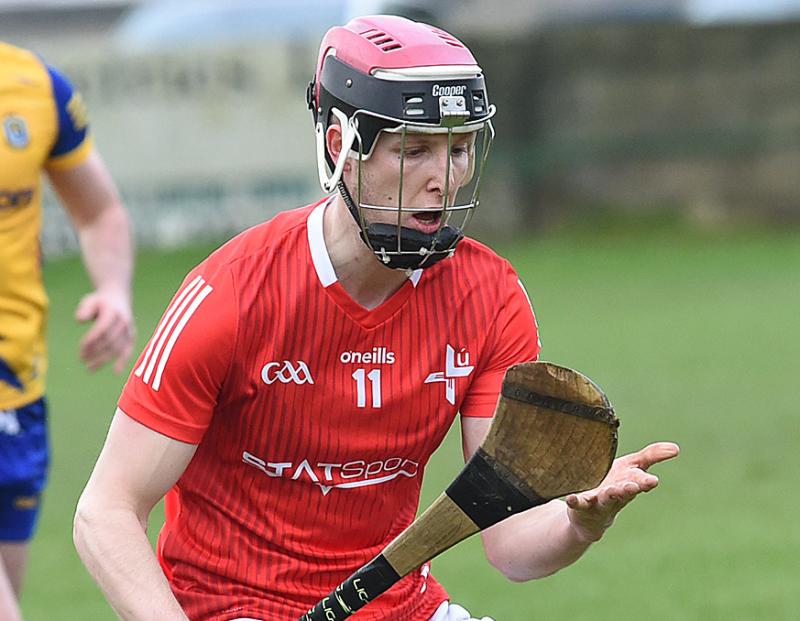 It’s hard to think about the Louth Hurlers these days without mentioning their sublime sharpshooter Darren Geoghegan. Against Leitrim he was again to the fore, grabbing 1-9, seven from frees, to add to his ever-growing tally. Clearly Sam Mulroy isn’t the only man in Louth lethal from placed balls.

Yet when speaking to the media following their win, he stayed very humble, straight away looking to give most of the credit to those around him.

“It’s all about the lads who are winning the frees” he noted. “I have to stand up to the plate and do it for them. During the game the likes of Mark Gahan came on and stood up for the team, Paul Matthews at the end too was driving lads on. That is what you need, a great team spirit.”

Like all involved with the team, the Naomh Moninne clubman has been working extremely hard to get where they are today and noted that sometimes because of their status in Louth, a lot of their commitment goes unnoticed.

“You’re in the gym at least three times a week and lads are always practicing hitting balls off the walls in their own time too as it is not just about what we are doing in training. You need to work off the pitch too and that’s where these big scores and results come from.

“Nobody sees that effort that we are putting in, as this is a football county but there is hurling here. Pockets of hurling and lads with plenty of pride. And what we want to do is bring that spirit of hurling up here in Louth.”

As a hurler in these parts, big days are few and far between. A day out in Croker is to be cherished as they look to defeat Longford in the final having fallen to them in the round robin stages.

Geoghegan believes this group have been slowly making more and more progress under Paul McCormack’s guidance and is eager to get another crack at the Midlanders.

“All the games we played this year were competitive expect for one, it shows that the heart is there. Lads are putting huge efforts into training three or four times a week, there is no stone being left unturned by anyone.

“It was a good game in Longford, really nip and tuck, it will probably come down to the last puck again so I’m looking forward to it now. These are the days you want as a Louth Hurling man; we don’t get much of them and you need to take all you can from them.”