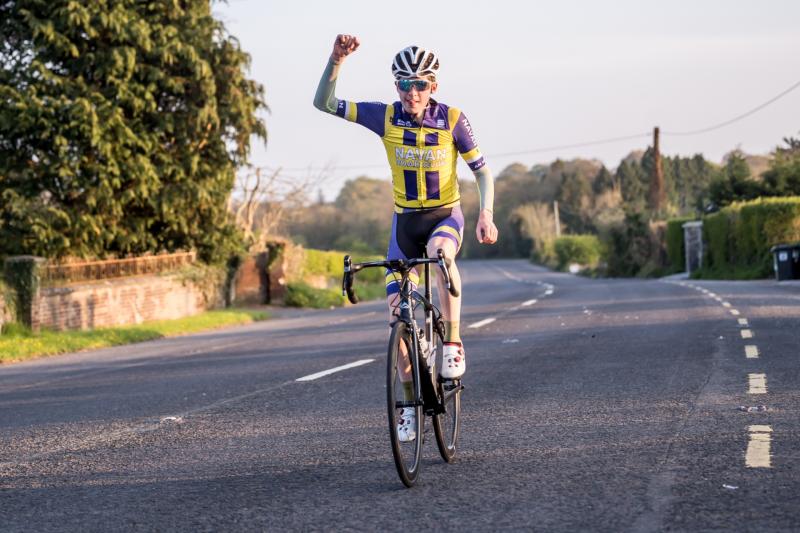 Recently the Bike Station Summer Cycling League reverted back to its traditional slot after two seasons of being interrupted by the Covid pandemic.

Cuchulainn's league committee worked hard to map out a 15-round league, with a variety of fast and hilly, challenging courses. Round 1 was definitely challenging on the looped Sportsman course.

The course was eight kilometres in length, four of which were very fast downhill, which in turn leads to a very tough 4km uphill. It was the young guns who shone on the night, with underage rider James Mullen of Navan Road Club taking an impressive solo win.

James was in the first group and rode away from his compatriots and managed to hold off everyone coming behind. Second place went to Conor Murphy, who started in group 3, he again rode away from his fellow group members and through the remnants of groups 1 and 2 to take second.

Chasing the final podium spot was a group of 3 riders who had escaped from the last bunch on the road. Liam Dolan won the sprint for third, ahead of UCD's Aimhirghin O`Brannagain. The final man in the group was defending league champion James McEneaney of Moynalty Cycling Club in fifth.

An impressive performance on the night was put in by some of the other underage riders like the club's Calum McCaffrey and Rhiannon Dolan. It was their first-time racing in the senior league and they were by no means outclassed.