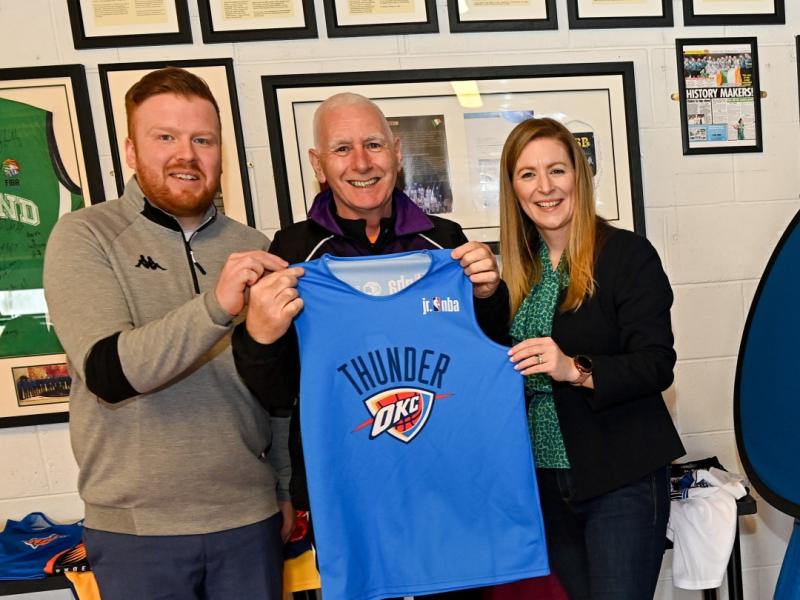 Dynamites Basketball Club Dromiskin Dundalk have been selected by Basketball Ireland, the National Governing body, as one of 10 clubs in Ireland to host the Junior NBA programme for 2022.

The primary goal of the Jr. NBA in Ireland is to provide an opportunity for kids around the country to play basketball. It provides young players with a fun and attention grabbing introduction to the sport through a partnership between the host clubs and local schools in their area.

It is a great non-competitive way for schools to start their journey in basketball and over the first two years of the League Basketball Ireland have reached over 2,000 new players. In 2022 there are ten new clubs and thirty new schools.

"The Dynamites are renowned for their promotion of basketball within the North East and their continued development of players through their Basketball Academy" the club exclaimed in a statement sent to the Democrat.

"This Junior NBA programme sponsored by DeCare Dental will get great  assistance from our clubs transition year students, parents and coaches along with teachers from the three participating schools.

"Together as a team we will promote the ABCDS of the Junior NBA : Always Fun, Building Skills, Cultivating Values and Developing Wellness. These ABCDs will assist children not only in basketball but going forward in their development."

The Children from each school will attend training sessions covering the fundamentals of basketball over the next few weeks and on the 24th of May will represent their school at a fun event in the National Basketball Arena in Dublin were it is hoped they will meet an NBA ambassador.

Each participating club has sponsored NBA gear for each school which they get to keep and after the Draft pick hosted by Erin Bracken of Basketball Ireland the following three schools in the North East will participate in this wonderful programme.

St Peters NS Dromiskin will play under the banner of the Oklahoma City Thunde, Kilsaran National School will play as Chicago Bulls and Scoil Naomh Cholmcille will play as Dallas Mavericks. Coaching will start immediately by international coaches attached to the Dynamites Basketball Club.