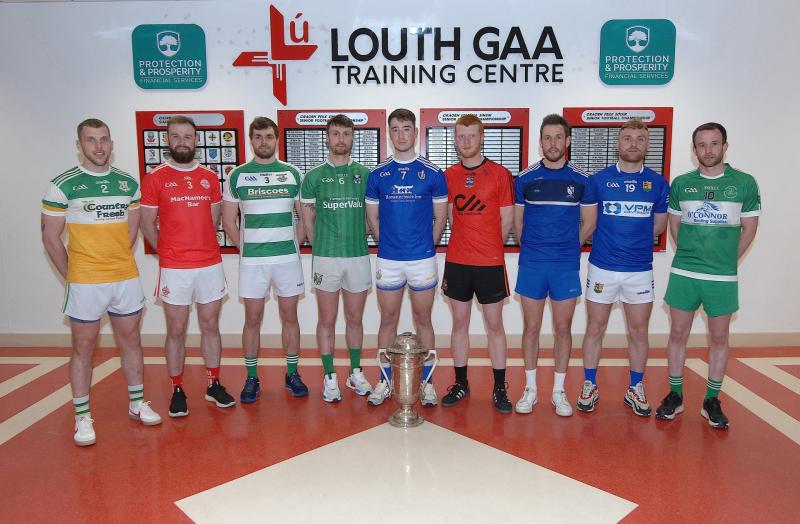 It has been a great few weeks for the county’s footballers, who are riding high after their success in Croke Park and comprehensive victory over Carlow in the Leinster Championship. But away from all that, the local GAA scene has been soldiering away with three rounds of the League already completed.

Excitement around the Summer of local GAA kicked up a gear last night as every team learned their championship fates following the draws for the Senior, Intermediate and Juniors competitions.

County Champions Naomh Mairtin will begin their quest for three in a row in Group Three, one which have a very local flair to it. The Jocks have been drawn to play reigning Intermediate Champions St Fechins as well as locking horns for a second year in a row with the Dreadnots.

Meanwhile after making it to their first ever Senior final last year, St Mochtas will start their journey towards going one step better in 2022 alongside two other sides who will fancy their chances of going deep into the competition.

The Louth Village men will collide with St Patrick’s and last year’s Semi-finalists Newtown Blues in Group Two, a big gun certain to miss out with only two sides making it into the knockout stages from each group.

Despite missing out on both finalists, that doesn’t mean the draw was any kinder for the only Dundalk side that will contest the Joe Ward Cup this year.

Having narrowly avoided relegation, Dundalk Gaels have been placed into Group Four where they meet another side desperate to win the Senior crown in Ardee St Mary’s while the third team will be ST Josephs who made it to the Quarter Finals in 2021.

The Geraldines haven’t got things much easier having been drawn in Group One. They will take on Mattock Rangers who have been flying high so far in the league and St Brides who are always a handful. They are the Intermediate champions of 2019 and 2020.

Looking to the Intermediate championship, Cooley Kickhams have been given an interesting draw as they look to bounce back having lost out to St Fechins in last year’s final. They were placed in Group One where they take on Junior Champions Glen Emmets as well as the Oliver Plunkett’s.

All three Dundalk sides have avoided each other in the round robin phase, with the worst draw of the three draws falling to the Young Ireland’s. They will take on both beaten semi-finalists last year in Hunterstown Rovers and Kilkerley Emmets in Group Four.

Clan Na Gael will look to bounce back from a disappointing group stages that ended in a relegation play off when they take on O’Raghallaighs and St Kevins in Group Two.

Sean O’Mahony’s have been placed in Group Three and will face into a tie with the relegated O’Connell’s as well as a date with Roche Emmets for the second year in a row.

Last year’s Junior finalist’s John Mitchels will have a few very interesting ties having ended up in Group Three in the race for the Christy Bellew Cup. Three of the four semi-finalists from 2022 have been placed together in what is clearly the Group of Death. One of them has to fall at this stage.

The Mitchels will reacquaint themselves with Na Piarsaigh/Blackrock whom they narrowly defeated courtesy of two late frees from John Gallagher to eke out a narrow one point win, 2-12 to 0-17.

Not making the group any easier is Glyde Rangers, who led eventual champions Glen Emmets by three points before losing by six in the end following a relentless second half from the Tullyallen outfit.

That was their fifth loss in a row at this stage of the competition. They are joined in the group by Dowdallshill, who will need to improve drastically to feature among these top teams.

The other Junior team from Dundalk in the pot, Cuchulainn Gaels, quarter finalists in 2021, have been placed in Group Four where they will face St Nicholas, the Wolfe Tones and Naomh Malachi and will fancy their chances of once again making it to the knockout stages.

Elsewhere relegated Naomh Fionnbarra make their return to the Junior ranks in Group One, where they will face some stiff tests against Stabannon Parnells and Sean McDermotts. Finally, Group Two sees Lann Leire pitted against the Westerns and Annaghminnon Rovers.

The opening rounds of the Senior Hurling Championship were also draw last night, with reigning champions St Fechins due to start their round robin campaign versus Naomh Moninne, while Knockbridge are due to face a Mattock Rangers/St Kevins amalgamated side.

A breakdown of all three competitions can be found below.