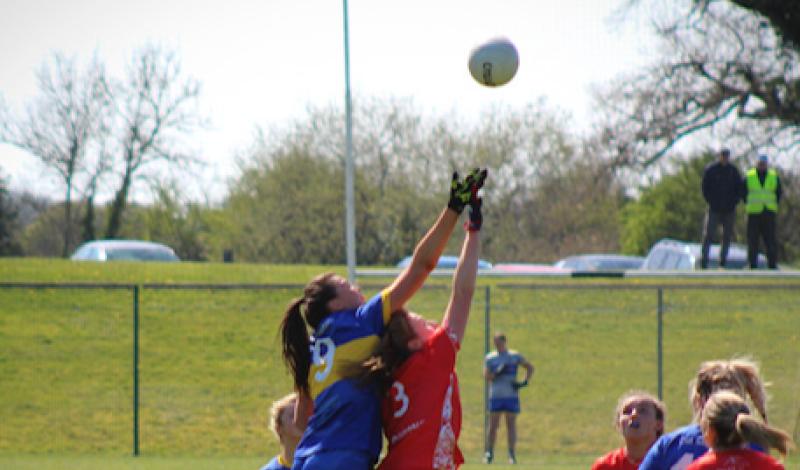 Another game, and another narrow defeat and bitter pill to swallow for Louth, as Wicklow kicked the final four scores of this game to grab a crucial two-point victory in this Leinster Intermediate Group A clash, gaining revenge for their Division 3 league relegation play off defeat to Louth last month.

The Wee County failed to make the most of having the majority of possession as they kicked just six points from 17 shots, with both sides wasteful in this low scoring affair. The cross-field breeze made it difficult for both sides at times, with Wicklow kicking only 8 scores from 21 attempts themselves.

Louth can undoubtedly look to the departure of forward Niamh Rice to the States a key loss to their attack. Rice was the difference maker when the sides last met in March, with the Cooley player’s two goals sending Louth on their way to Division Three safety at the expense of Wicklow.

The Garden County’s lively inside line caused occasional problems for the Louth rear-guard and Leighton Glynn’s side penetrated that defence early on when almost grabbing two goals.

Louth captain Shannen McLaughlin was on hand to produce a superb goal saving block to deny Marie Kealy, while midfielder Niamh McGettigan smashed the ball to the back off the net. However, referee Peter McCaughey rightly penalised her for overcarrying.

After Meabh Deeney opened the scoring for Wicklow, Louth took charge and lead by 0-4 to 0-1 after 20 minutes. The first of these scores came about after the hard-working Roisin Kavanagh intercepted a Wicklow free kick inside their half, the Fechins player setting up Ciara Woods to level things up.

Kate Flood put Wayne Freeman’s side ahead, before frees from Rebecca Carr and Laura Collins gave Louth that three-point buffer.

A Meabh Deeney close range free closed the gap to two points, however a magnificent score on the angle from Jenny McCourt stretched The Girls in Red’s lead out to three again. A close-range Marie Kealy free right on the referee’s whistle left Louth 0-5 to 0-3 ahead at the interval.

Both teams scrapped and battled for possession, but at times, lacked quality in the final third, with Louth failing to make the most of the fact that they had dominated Wicklow in the turnover stakes, having turned their opponents over 28 times.

That stat is striking when you consider that Wicklow only turned Louth over 18 times. However, Louth only managed one point in that second half which proved to be their undoing, as a Laura Collins free gave them a 0-6 to 0-4 lead eight minutes into the second half.

That was Louth’s last score of the game as Jenny McCourt struck the upright and Wicklow keeper Jackie Kinch denied Ciara Woods late on. They kicked six wides and let another five go short throughout the 60 minutes of action.

Wicklow found their shooting boots when they needed it most, with Marie Kealy’s free taking playing a key part in their push for victory, while Laura Hogan kicked an exquisite point from 30 meters out to level things up at 0-6 each heading into the final 10 minutes.

The home side sensed victory, with mentors and subs alike cheering them on. It could have got even better for Wicklow, but Louth keeper Rebecca Lambe Fagan produced a smart save to deny the dangerous Kealy, with Louth under the cosh.

Substitute Siofra Adam’s score was met with a seismic roar from the Wicklow dugout as it gave them the lead for the first time since the third minute. While Marie Kealy duly converted another close range free to nudge the score line two points into Wicklow’s direction.

Despite losing Lucy Dunne to a sin bin late on, the Girls in Blue held out as they got over the line by a two-point margin, with Louth needing a big win next week against Offaly and results to go their way to progress from this group.