Inside Track: Good guy Lowry showing great class to get back into contention 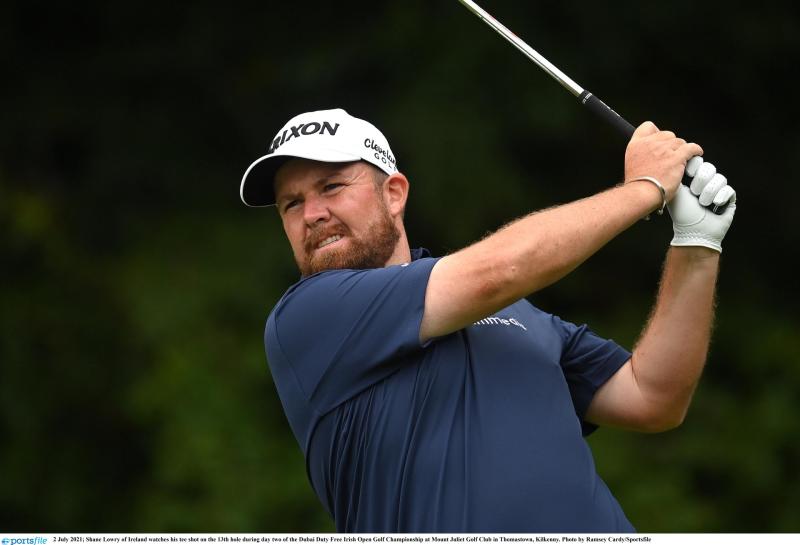 Shane Lowry was immense at Augusta, a strong final few holes seeing him finish third at the Masters

There were only a few hundred at Pairc Tailteann last year for Louth’s championship match with Offaly. Covid was raging, as it had been for over a year, and restrictions were in place.

Shane Lowry obviously had a special dispensation and was there supporting his county, accompanied by his father, Brendan, the former Offaly All-Ireland winning footballer. He refused no request to stand in for a photo and had an autograph for whoever asked for one.

The British Open wasn’t far away and he was about to defend the title he had so spectacularly won at Portrush the previous year. This most popular of down-to-earth sportsmen was wished well by several.

Lowry signing her programme eased the pain for a woman I know to be a staunch Louth supporter. She wouldn’t have been in good form having seen her team, which included her son, fail narrowly to clinch the match in the regulation 70 minutes. But she was beaming as she tucked away her team sheet.

The big man was at the horseracing in Dundalk Stadium one Friday night a number of years before that, there along with another who’s no stranger to winning ways on the golf course.

By then, Padraig Harrington had two British Open titles to his name, and he might, just might, have given his punting pal a few tips on how to go about getting his hands on the famous Claret Jug.

The lads mingled with the crowd, signing racecards and having a bit of fun with all who came within their reach. I got Lowry to sign mine, saying it was for the grandson. But it wasn’t really.

I was an avid autograph-hunter as a youngster. I had a book which, among its dozens of names, had all the Louth 1957 team – and some from Oriel Park as well. It was a prized possession. But somehow it got lost on me switching addresses many years ago.

Also included was Eamon de Valera’s moniker. How it got there I don’t know, because the only time I had ever been close to Dev was when, as Taoiseach, he came to Dundalk’s St Patrick’s Cathedral for the consecration of a bishop. I hadn’t my autograph book with me as I masqueraded as a St Patrick’s choirboy.

I was rooting for Lowry at Augusta. Catching Scheffler on the last day would be a big ask, but maybe Smith could be passed for the runner-up spot. I watched four hours of the action on the Sunday night and enjoyed most of it.

The part I didn’t like was when Lowry three-putted to drop off the scoresheet, as it appeared on screen. Was he experiencing one of those infamous Masters meltdowns? Fears grew as the cameras continued to pick up his playing partner, but not the Offaly Rover.

But he was back on screen as -1 became -2. Then it was -3, and now he was back in the top three. By now Rory McIlroy had moved into second, the only serious challenger to runaway Scheffler. The Bangor Boy’s chip on the last was supreme, embellishing one of the best rounds in Masters history.

Had it not gone in, I would have rated Lowry’s last round effort the better of the two Irishmen’s. But; then, I’m biased.