Inside Track: International beer-swillers could face an Aviva rule-change 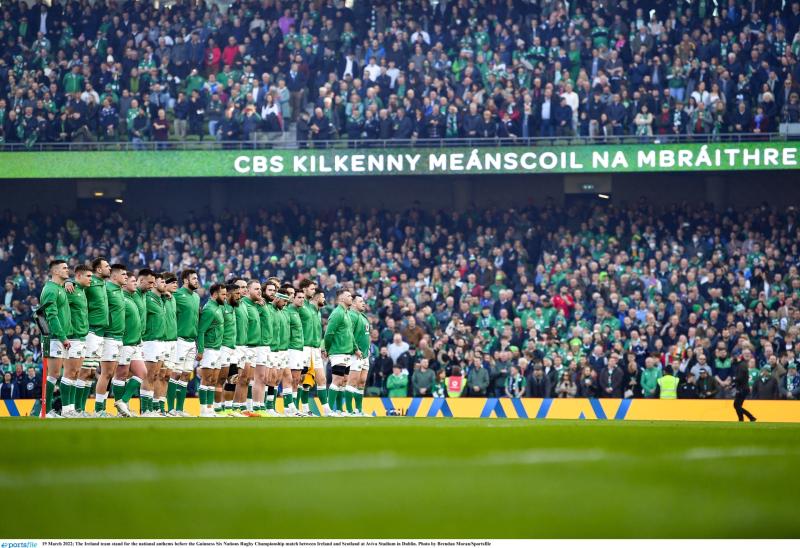 The story has been told here before, how I nearly froze to death watching a game of rugby in The Aviva. I probably would have done had I not been poured a hot whiskey about 10 minutes before the final whistle.

I was in the Press corral, and invitee of the IRFU. Every second was being counted as time ticked down. But it came to a stage where I just had to pack it in and look for the nearest tower of refuge.

This happened to be in an area just behind from where the other hacks continued to scribble, me, shaking like a leaf, not having really been able to put pencil to paper.

“Give me a hot one,“ I said to the barman. “Sorry, we’re not allowed to serve until the game is over,” came the reply. “Look, a mhic, if you don’t put that kettle on immediately, I could ossify right in front of your very eyes.”

I had two more in the nearby D Hotel and was just about thawed out by the time I boarded one of the Matthews chariots.

That was in early December about ten years ago. Ireland were playing either Samoa or Argentina, I can’t remember which; but unfamiliar as the players on either of those sides were with Arctic conditions, I don’t think any of them would have been as cold as I was.

It wasn’t that I hadn’t enough lairs on; I had, but it could be that the East wind coming in that day from Dublin Bay was at its fiercest.

When next I got a frizzling, I have to admit I wasn’t properly prepared. But I have an excuse – it happened in the middle of June, not when you would expect to be rubbing your hands or stamping your feet just to keep the blood circulating.

Drogheda’s Gaelic Grounds was the venue for a Louth All-Ireland qualifier with Antrim, four years ago. Nothing here to warm the cockles of the home fans’ hearts, but even worse was watching the game unfold wearing, well, totally inadequate summer clothes.

I’m reminded of this by a story which appeared recently in the paper I read six days per week. It centred on the amount of drinking that goes on during rugby Internationals at the stadium where I thought I was going to say goodbye not only to football but the world, and also the inconvenience it causes.

It could be that there’s one rule for those who frequent the bar where I pleaded for life-saving sustenance in 2011, and another for where the pint-swillers now get their thirst-quenchers. Maybe the rules have changed, I don’t know, I haven’t been at The Aviva since.

Seemingly, drink is on sale for the latter throughout the game, and as the thirsty go to replenish their supply, people trying to concentrate on the game are being continually interrupted. The story told of one spectator having to stand up 73 times to allow a pint-carrier either go to, or come from, the bar.

The Aviva is not any different in this respect to where other rugby Internationals are played. It wouldn’t happen in Croke Park, however. There you can have a drink before the game, at half-time, or after the final whistle.

And if your team is going bad, you can stay in the ‘Jack Tar’, the ‘Battle Cruiser’, the ‘Rub A Dub Dub’ – whatever you like to call it, if you’re into Cockney slang – but can’t take your glass out to where you’re sitting.

This was acknowledged in last week’s story, which, might, just might, cause my friends in the IRFU to have a rethink. The writer is one of the most respected in the game, and what appears in newspapers is sometimes acted upon.