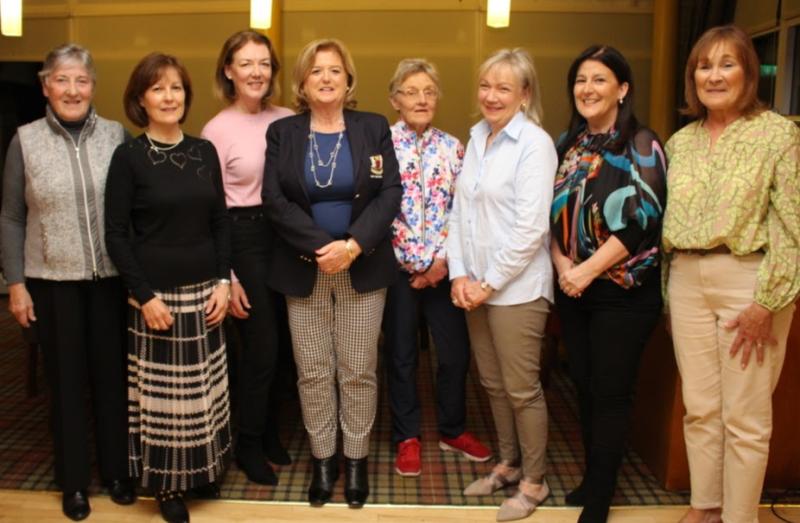 Patsy Cole had the best score of the competition as he captured the Division 1 category in the Tiernan’s Centra Singles Stableford. Playing off 20 he shot 43pts to take Division 3 by three points from Michael Stewart (19).

He went out in 20pts and his front nine score included a birdie at the second for four points. Another four-point birdie came on the 12th as he came home in 23pts. He also managed three-point returns at six holes during his round.

David Murden took the Division 1 honours with 42pts. He went out in 20pts with three-point pars at the first, fourth, seventh and eighth and then followed a four point eagle three at the 10th with three point pars at the 12th, 16th and 18th as he came home in 22pts.

McCaughey went out in 21 and came home in 20 for a round that included birdies at the sixth, seventh, 10th and 15th but he had to settle for second place in the top category.

Eamonn McEneaney (15) claimed Division 2 with 39pts while Brendan O’Shaughnessy (22) took Division 4 on countback after both he and Patrick Reilly (22) shot 39pts.

The great scoring of recent weeks continued in this week’s ladies singles competition, played on Saturday March 26 and Tuesday March 29.

Joanne Lynch returned a fantastic 52 points to win Division 3. Ruth Connolly joined Joanne in the winner’s enclosure for the second consecutive week, winning Division 1 with 40 points. Bernie Prendergast was the winner of Division 2 with 39 points. Very well done to all prize winners.

Qualifying competition returns this month, and entries for the Rings Competition are open in the locker room.

Leap fare for Drogheda and Dundalk town services to be reduced to €1.10