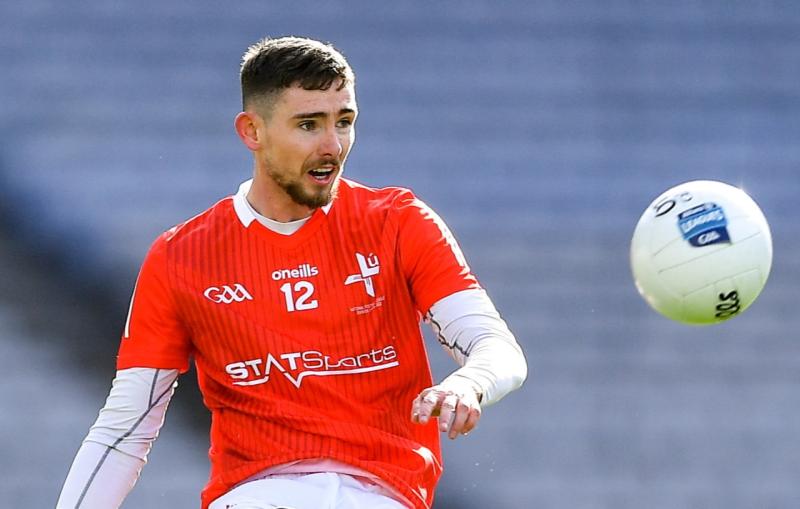 Has there ever been a better time in recent years to be a part of the Louth attack? On the grandest stage of them all, Croke Park, and with a trophy at stake, once again this impressive bunch of players stood up and were counted.

They have been in flying form throughout the league this year, despite often being represented as a one man team. Sam Mulroy always get the plaudits, but others too have put in the work this year.

One such player was Ciaran Downey, who was in a jubilant mood when speaking to the Democrat earlier this week. He was delighted to get his hands on the cup, while noting there is more left in the tank.

“It is always nice to win a trophy, whatever grade it is” noted Downey. “But getting silverware with Louth is a really nice feeling, especially with it being done at Croke Park. This is a great platform for us to build on.

“There is serious talent here and people have been talking about our attack a lot the last while, wondering are we relying on one man, but that is not the case as we have great forwards in Louth.

“We just keep doing whatever job needs to be done, be it Sam, Casey Byrne or whoever, I’ve even tipped in with a few scores myself. It is great to have that depth there, but we still want to be showing it more.”

In the end games can come down to one key moment and for Downey that moment is an easy pick. The vital goal they scored while Limerick were in front.

That goal would mean nothing had they not pushed on from there, keeping the Treaty Men to just a couple frees while firing over score after score themselves. A strong finish has become their defining trait, as was seen throughout this year’s league.

They dug deep to land a late draw in Longford, came from five points behind to defeat Limerick, both away from home. They were just some examples of the Wee County showing a never say die mentality.

“They had a chance to snatch a goal themselves and they fisted it over the bar, we capitalised from that, went up the field and then took out chance. Liam Jackson done brilliantly; Dan Corcoran helped out too at the back with the turnover. It ended up being crucial we took our chance.

“Pushing on from there, that is a trait we have built up throughout the league and we are really happy with it. As the game progresses, we are staying in it, digging deep, and looking for multiple ways to win the game which is a fantastic sign.”

The Newtown Blues clubman was blown away by the support the team got in Croke Park. Especially after playing in front of no fans for the bulk of the last two years. Their enjoyment has been a huge motivator for all involved with the Louth Footballers.

“There is a massive amount of Louth fans out there and lately we have put a big emphasis on giving them a reason to get out and support the team” noted Downey.

“The fans see the work that is going in, they see the passion, that means a lot to us. Seeing that wall of red jerseys, that is what makes us strive for even more big days to come. Hopefully we can deliver them in the years ahead."