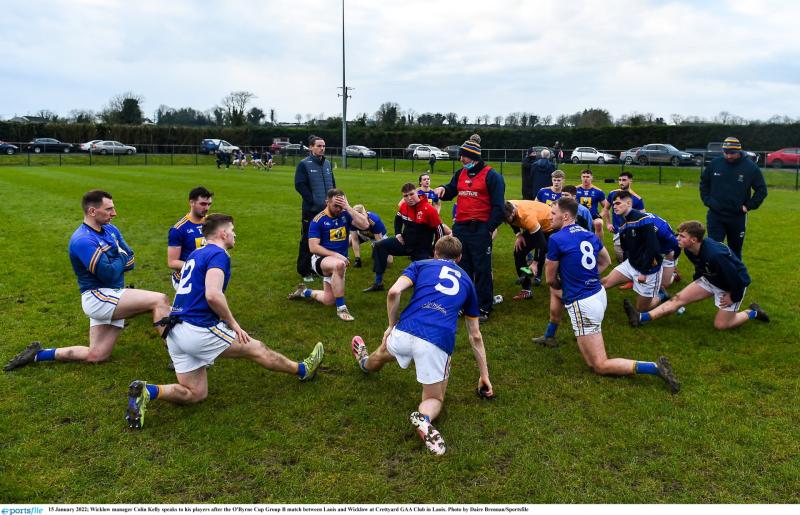 Wicklow, like Louth, are one of the counties set to possibly benefit from the Tailteann Cup should neither side make the Leinster Final or be promoted in 2022

The GAA has done something about, let’s say, the equality in inter-county championship football – rugby should follow suit.

The GAA knock-out has always had outsiders. Wicklow, for instance, have never won the senior Leinster, while Fermanagh have yet to get their hands on Ulster’s Anglo-Celt Cup.

Whatever chance Wicklow had of winning the title back when football was still in short trousers– they were beaten by Dublin in the 1897 final – their chances in recent years have been next to zero.

And in that regard the Gardenmen have been no different than several others in the province, this county among them.

It’s been all about Dublin, well more or less, since the turn into this century, and even before then, the arrival of Mick O’Dwyer in Aughrim did nothing to improve his adopted county’s prospects. (Before anyone texts, Inside Track knows that for one of their earliest All-Ireland wins, Dublin was represented by Bray Emmets, and in more recent times – 1990 in fact – Blessington won the All-Ireland Club Championship.)

Fermanagh have been in three Ulster finals, the latest of which, a few years ago, had Arlene Foster at St Tiernach’s Park cheering for the green-and-whites.

Croke Park knew this couldn’t go on – the weaker counties, as they’re known – had to be given the chance to score a knock-out. The All-Ireland ‘B’ Championship came first and was followed by the Tommy Murphy Cup. The former lasted longer, but neither can be said to have been a success.

Now comes the Tailteann Cup, a competition – to be played this year for the first time – for teams that don’t make their provincial final and are down the field in the National League. This will be their only shot at championship glory.

The competition will need lots of promotion and a full commitment from the teams taking part if it’s to be better than its predecessors. It is not guaranteed to be a success, but at least something is being tried. The poor have a chance of becoming a wee bit richer.

Maybe the authorities who govern rugby could have a go at something similar.