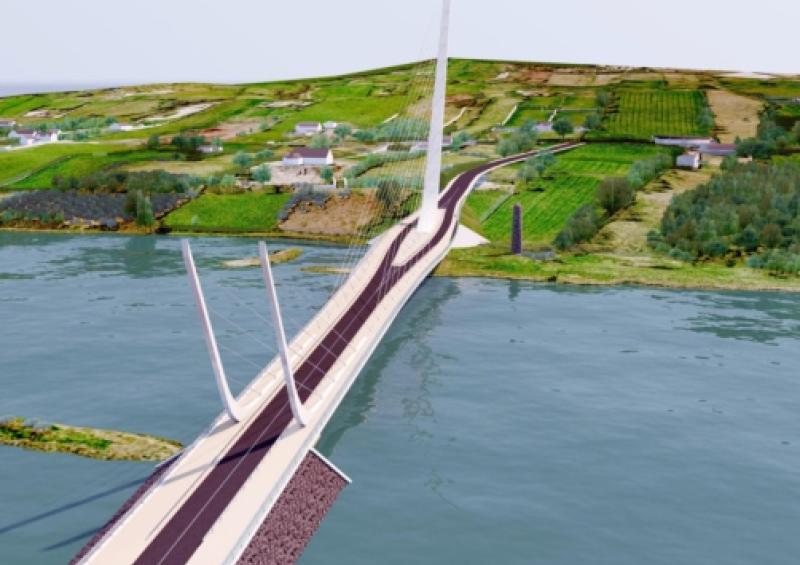 Proposed bridge between Cooley and Warrenpoint

An initial €3m in funding from the Shared Island Fund has been secured to take forward the proposed Narrow Water Bridge between Warrenpoint and Omeath, Louth TD Fergus O'Dowd has learned via a parliamentary question.

The Narrow Water Bridge is a cross-border project led by Louth County Council and supported by the Shared Island Fund, which as the Deputy will know is designed to fund strategic north-south projects that implement the commitments and objectives on Shared Island set out in the Programme for Government.

"Following a Government decision in June 2021, An Taoiseach, Micheál Martin announced the approval of an initial €3m in funding from the Shared Island Fund to take the project forward to tender stage.

"Work is underway in this regard, led by Louth County Council and overseen by my Department in this jurisdiction, and the Department of Infrastructure in Northern Ireland.

"The Government is committed in its support for this important project, with funding for future years to be determined once firm costings are available and the tender development process has been completed."