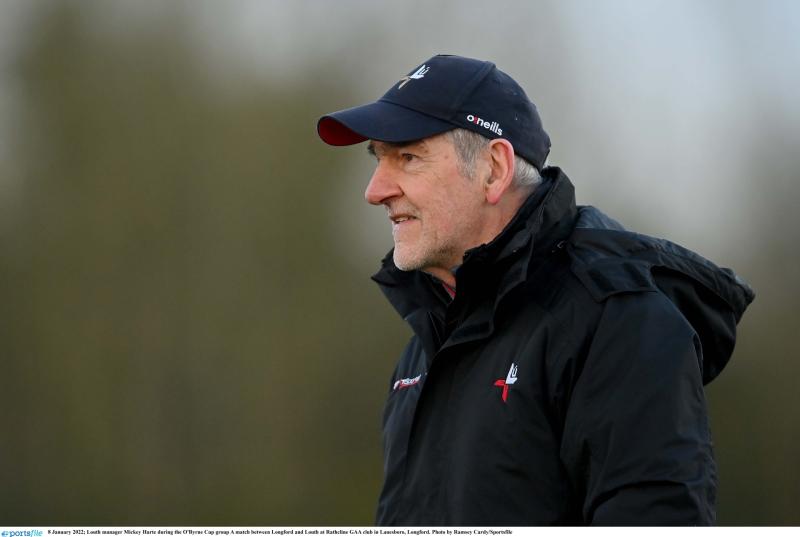 Louth are up and running in the National League as they came from behind to seal a memorable win away to then table toppers Limerick.

In a game starting half an hour late after being rearranged at short notice from the sodden TUS Gaelic Grounds to the University of Limerick's North Campus, seven unanswered points in the closing 15 minutes delivered Louth's first NFL victory of the season on a 1-14 to 1-12 score line.

“This is such a real landmark day for these players” noted Louth manager Mickey Harte when speaking to the media after the game. “They had to fight so hard and for so long, yet they still managed to come out on the right side of things. I did believe that this was coming.

“In the midst of the last two games I saw lots of real, good, hard graft going on, along with no small amount of skill. It took all of that today to get that result. To come from five down in those conditions and how Limerick were so much on the front foot, it’s a really wonderful victory.”

Louth got the perfect start when the outstanding Conor Grimes bullocked his way through the Limerick defence and laid off to Liam Jackson for a second minute goal and the Wee County kept their margin through most of the first half.

However, coming up to the break, the home team, who had a slight advantage from the gale blowing across the field found the composure to work their way through the high Louth line and four scores without reply sent them into the break leading 0-8 to 1-4.

Limerick's form continued on the restart, striking back after two quick Louth points. When Hugh Bourke raced onto a long Josh Ryan delivery and dribbled past the advancing James Califf to tap to the net, they then followed that up with another three scores to lead by five, thus looking home and dry.

However, Louth pulled back two as the subs piled in and took over completely when a savage flurry of hail arrived.

“It is just one of those things, if you get a bit of momentum going and you’re able to finish that momentum with a score then that’s the important point.”

Pinning Limerick back into their own half, they forced the frees from Sam Mulroy to draw them closer before Ciarán Downey gave them the lead two minutes into added time which they never relinquished.

Louth had bagged a vital win away from home, one not seen as on the cards against an unbeaten Treat outfit favoured for promotion.

Not surprising given they finished with such a flurry of scores, the Tyrone native was full of praise for his side’s attacking threat. Sam Mulroy and Ciaran Downey in particularly drew large plaudits from a man who has seen some of the best forwards to ever grace the field.

“Sam’s Kicks from the ground, they were serious in those conditions, as when you get those 45’s and long-range kicks and you don’t put them over then you are not gaining anything on the deficit.

“That’s the big difference, being able to finish those scores is so important and the rest of the men chipped in with their scores too which is great.

“Ciaran Downey went through a lot of work in this game, people know him as an out and out forward who has great pace and is good going forward but he covers a lot of ground too, does a lot of hard work off the ball and that is what makes him an even more complete then has been to date.”

Things don’t get any easier for the Wee County men, who for a second week running take on an unbeaten side in Westmeath. Their tie was called off due to the storm, so will have had a two week break ahead of the clash in Pairc Mhuire, Ardee this Sunday (throw in 2PM).

A win here and Louth are very much back in the fight for promotion, while a loss and a mid-table finish could be as good as they can strive for.