An analysis of the Louth Hurlers’ National League opponents 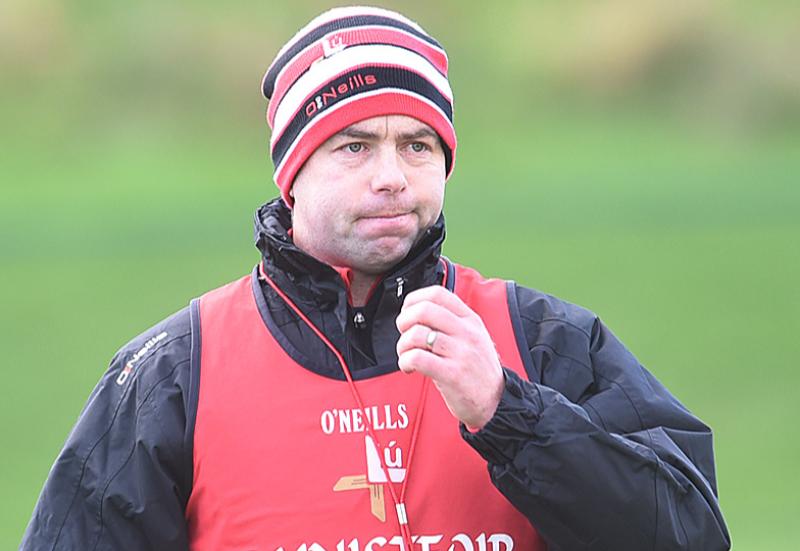 Up first for Paul McCormack’s troops is a date with Armagh in the Athletic Grounds this Saturday (throw in 2PM). The sides have already met this year in Ulster GAA’s McGurk Cup, the Orchard County coming out on top when they clashed at the same venue almost a month ago, 1-26 to 0-14.

They were only defeated once in this preseason competition by a Down side with aspirations of reaching the second tier of hurling the Joe McDonagh Cup and even then it was by just a point, 2-18 to 2-19.

Last season they only narrowly missed out on promotion, having lost their second-round match to eventual champions Sligo 2-24 to 1-18. In wins against Monaghan, Longford and Tyrone they averaged 24 points per game while notching four goals.

They currently play one tier above Louth in the Nicky Rackard Cup, where last season a tight loss to Tyrone was followed by a mauling of Leitrim, 7-25 to 1-21. However, Mayo ended their summer with a big semi final win, 2-23 to 2-9.

This is a chance at redemption for a new look Louth, it will tell a lot about where their aspirations will be in 2022 and whether it is a fight for promotion or a relegation dogfight that looms large over the spring.

The first of two home games sees Louth entertain Roscommon in Haggardstown a week later on Sunday February 13 at 2PM.

The Rossies have started the year on a high with silverware, taking on reigning Division 3A Champions Sligo under the bright lights of the NUI Galway Connacht GAA Dome. In a tight encounter they had the stronger final quarter to take the Connacht Shield title 2-27 to 2-21.

However they struggled to stay competitive in 2B last year, pushing Donegal to within two points in the first round before succumbing to heavy defeats at the hands of Mayo (11 points), Derry (15 points) and eventual champions Kildare (25 points) and were relegated.

They were playing at Christy Ring level, the third tier of hurling two rungs ahead of Louth and faced Wicklow and Derry in the group stages. A loss to Wicklow was followed by a brave fight against Derry who would end up making the final. A 1-15 to 0-19 defeat showed their qualities. For a second time they were relegated, resulting in them playing in the Nicky Rackard Cup.

Home games are vital if Louth are to compete but Roscommon is a very stiff challenge. Given their closeness to Galway they are almost guaranteed to have their ranks bolstered by exiles from the Tribes.

They are also used to playing regular hurling against a much higher level of opposition. Big ask for the Wee County, but it would put put out a huge statement where they to grab a win.

After a week’s break, Haggardstown again plays host to National League hurling when Monaghan head to the home of the Geraldines. A team which need no introduction to local hurling aficionados having met last Summer in the Lory Meagher Cup.

The Wee County was reeling from a poor display a week earlier away to Longford and came out of the blocks with purpose, hitting 1-3 in quick succession to build an early cushion they never relinquished. Another 1-3 upon the restart put it beyond doubt, it finished 3-15 to 0-17.

The Farney Army did improve from here, picking up a draw at home to Longford which saw them finish bottom of the group. They managed to bag four goals against the eventual winners Fermanagh in the Quarter finals but were well beaten in the end, 4-6 to 3-15.

On the league front, Monaghan toyed perilously close to relegation from 3A last season having fallen to the likes of Armagh, Sligo and Tyrone. To stay up they needed to get a result away to Longford.

That looked certain as they led by five points at the end of normal time before a brace of goals brought the hosts back into contention. But when it mattered they did just enough to eke out a narrow 1-20 to 3-13 win.

This game is sure to be one McCormack will be targeting, being at home to a team that plays their championship hurling at the same tier as them. But take them likely and they could easily be a banana skin. A loss here could lead to impending doom. It is a must win tie.

Trying to preview this side from Britain will be tough, as for the past few seasons they have not been able to field teams in Ireland due to the Covid-19 pandemic for the bulk of two years. For counties in the UK that could mean they have an entirely new panel to work with.

For what it’s worth when last picking up a hurl in 2020, the English county side fielded a side in Division 2B, where they failed to pick up a single point playing against London, Roscommon, Kildare, Down and Derry. Quite often beaten in a comprehensive fashion.

When last playing in the championship back in 2019, they were in the Nicky Rackard Cup, a competition they held their own in. They beat Longford and drew with Monaghan and Armagh to set up a semi-final date with eventual winners Sligo. Even that tie was close, 2-21 to 2-17.

Louth travel to Birmingham on Saturday March 5th (throw in 1PM), what sort of opposition they will face is unknown but after three rounds of fixtures the Wee County management are sure to be aware of what dangers they might face. It is never easy taking these teams on away from home.

After a cross channel duel in Birmingham, the Louth hurlers end their league up north in Omagh on Sunday March 20.

Tyrone had a decent 2021, finishing mid table in Diviion 3A of the league following a win over Monaghan and hard fought, high scoring 2-22 apiece draw with Longford. This teed them up nicely for a bid at the Nicky Rackard Cup.

A shock two point win over Armagh at the Athletic Grounds saw them advance to the Semi-finals where they faced Donegal. They again came out on top versus an Ulster County with a little more hurling tradition, 2-24 to 1-21.

Just like their footballing counterparts an All-Ireland Final pairing with Mayo in Croke Park awaited, but on this occasion the Green and Red got the better of the Red Hand with a little help from dual star Keith Higgins.

This is an extremely tough way for Louth to finish their campaign. Fresh from an appearance at HQ, Tyrone will be eager to get higher up the league pecking order. However all could depend on what is on the line come this matchup.

If by then promotion and relegation were decided, this game could end up being more of a challenge game ahead of bigger days to come in the championship for both teams.