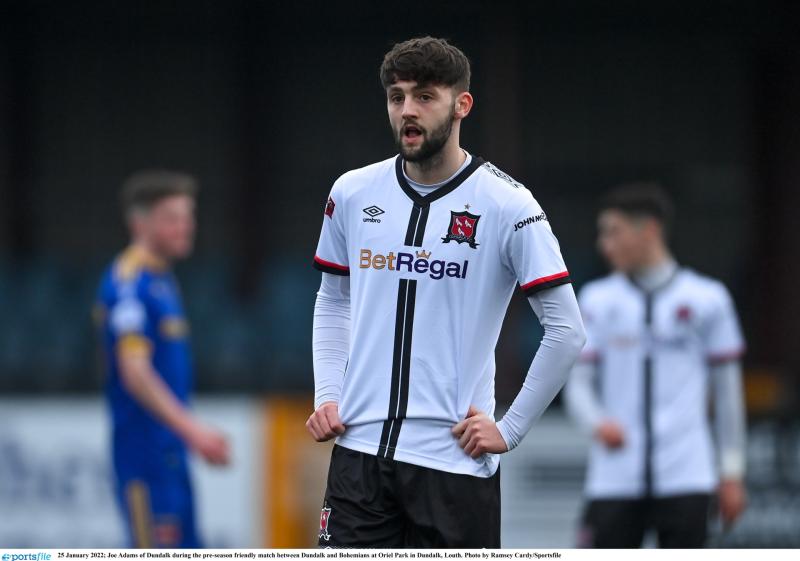 It was a comfortable workout for Dundalk FC as three first half goals saw them get back to winning ways against an inexperienced Galway United on Wednesday evening.

The home side went for a rotated, youthful outfit, but the lilywhites showed them no mercy as strikes from Paul Doyle, Darragh Leahy and Joe Adams recorded a comfortable 3-0 win at Eamonn Deacy Park.

Dundalk came out with plenty of purpose and from the off brought an intensity that United struggled to cope with, Darragh Leahy in particular looking impressive with some fine tackles and great crosses throughout the opening half.

They took the lead as early as the eighth minute, Leahy pumping in a cross from the left channel which after a little pinball in the box fell to the feet of Paul Doyle who calmly guided the ball home past the trialist in the United net.

New signing Stephen Bradley was a threat throughout the contest and should really have scored on debut soon after, Leahy again the provider only for the Scotsman’s effort from close range to be deflected out for corner by the keeper.

Dundalk were relentless, dominating possession in a calm and precise fashion that left Galway isolated in their in their own half for prolonged periods and it was matter of when not if they would double their lead.

The second goal finally came on 25 minutes, a Joe Adams corner was met by the head of Leahy, who rose highest in a crowded box to make it 2-0. A goal and assist due reward for a fine performance from the Dubliner.

The third game just two minutes later in spectacular fashion. Adams got onto a direct ball over the top before neatly turning and getting away from Evan O’Connor. From range he managed to chip the ball over the United keeper to create an unassailable lead well before half time.

With the hard work done, the Lilywhites may have taken the foot off the pedal slightly in the second half and coupled with nine changes by Galway manager John Caulfield on 57 minutes, O’Donnell’s troops faced a stiffer task in the second half.

This United team was able to keep Dundalk to limited scoring chances and were able to break the Lilywhites down a bit easier. However, Shepperd and his defence was never truly tested, the clean sheet nice, but not something worth bragging about at this early stage of the year.

Next up for the Lilywhites is their traditional pre season clash with Drogheda United for the Jim Malone Cup on Friday February 11, a final chance for O’Donnell to fine tune his side before opening the season with a home game against Derry City.

Speeding and 'near misses' at McEntee Avenue in Dundalk