Galvin gallops to victory in Savills Chase at Leopardstown 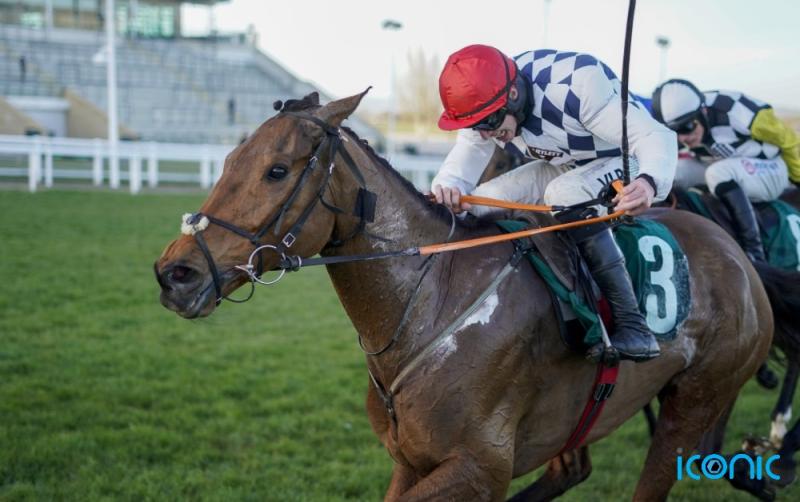 Galvin gallops to victory in Savills Chase at Leopardstown

Galvin pounced in the dying strides to deny A Plus Tard back-to-back victories in the Savills Chase at Leopardstown.

A Plus Tard held a narrow lead over Kemboy at the final fence but last month’s impressive Betfair Chase victor could not ward off Galvin.

Davy Russell produced the Gordon Elliott-trained seven-year-old with a terrific late charge to get up in the shadow of the post and land the prestigious prize at odds of 7-1 by a short head from the 8-11 favourite.

Kemboy (11-1), the winner in 2018, was three-quarters of a length away in third after making most of the running. The Willie Mullins trained horse was second in last year's renewal when his front running tactics were denied by A Plus Tard in what was almost a carbon copy of the closing stages to the 2021 edition.

The horse has been on an upward curve of late, having first come to many punters attention when landing the National Hunt Chase at the Cheltenham Festival in March before heading off for a well earned break over the Summer.

The Ronnie Bartlett owned gelding returned to the track in October for a Grade 3 contest at Punchestown, a result which proved he could do the business against the older and more experienced horses having up to then only showed promise at the novice grade.

That led Gordon Elliott to enter the horse into the first Grade 1 of the Irish season at Down Royal, the Ladbrokes Champion Chase. He was sent off the second favourite despite tackling both the Cheltenham Gold Cup hero Minella Indo and the reigning King George champion Frodon.

it was the British Raider that took the spoils under Bryony Frost, however in similar vein to yesterday's Savills Chase Galvin powered home late  showing the speed he possesses in the final few furlongs.

A Plus Tard remains the firm favourite for the Gold Cup, going as short as 5/2 with BetVictor to go one place better then last year when defeated narrowly by Minella Indo, who still remains popular in the betting despite notching two high profile defeats this season already.

Tornado Flyer is another horse that his showed his cards over the Christmas period. The Willie Mullins trained horse was barely visible in the Ante Post betting pages, trading at 66/1 with one firm ahead of Sunday's King George at Kempton.

However with Danny Mullins in the saddle the eight year old recorded his first grade 1 win of his career when bolting away from two time winner of the race Clan des Obeaux by nine lengths.

Minella Indo and Frodon were among those behind him while promising novices Chantry House and Asterion Forlonge pulled up and fell and have yet to really prove their credentials ahead of the Cheltenham Festival. 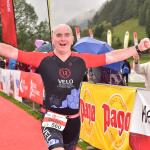