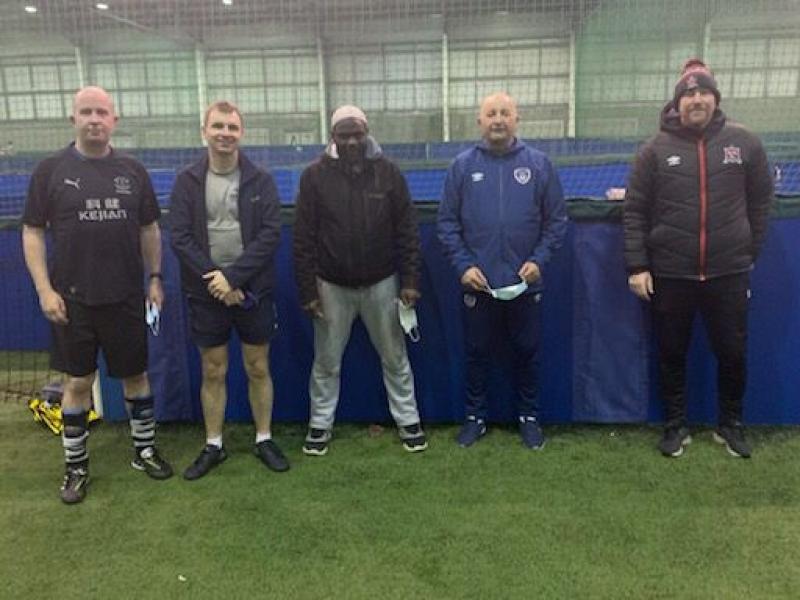 Young people from different backgrounds have found that soccer is the international language that can bring them together, thanks to a Garda initiative that has been running in Dundalk for the last number of months.

The Late Night League, which has been played in the town for the past twelve years, is funded by the Children’s Services and Facilities Fund, and is organised by a committee made up of Dundalk Gardaí (Paul Burke JLO Garda) and representatives from Dundalk FC (Liam Byrnes), the FAI (Mick Neville), Louth County Council and LMETB.

Usually, two late night soccer leagues are run in any given year, but there were four this year, and they have been incredibly successful, according to Garda Burke.

Explaining the project, he said:

“It is all about community involvement and involving as many young people from diverse backgrounds as possible. It is free – it doesn’t cost anything to attend, and it is open to those aged 16 to 18 years old.

“This year, we had on average 30 young people involved in the games, which took place between 9pm and 10pm on Thursday nights [at DKIT Sport].

“The group is made up of all young men, and all communities are represented this year.

“It has worked really well.

“It provides an opportunity for young people to engage with Gardaí and to keep active.

According to Garda Burke, the league also served as a meeting point for different communities.

“It also provides a chance for the young men to meet with others from outside their usual social circles and to begin to understand each other.

“Any troubles or issues are parked on the sidelines for the games, and aren’t as important any more when the final whistle blows.

“The games were played on the four Thursdays in November and the first two Monday and Thursdays of December.”

Garda Burke said he is particularly pleased with the project this year and praised the youth workers and community leaders who encouraged participation in the Late Night League, including Vincie McCrory, Banjo Bannon, John Connolly, Imam Nooh Buye and Gardaí Paul Connolly and Dara Prior.

He said Dundalk’s new superintendent, Charles Armstrong, attended one of the games in the early weeks following his appointment and was very supportive of the project and local TD Deputy Ruairí Ó Murchú also attended a few games.

“We are delighted with the response we have received from those who participated.

“It is a strong, long-established project that we hope to continue for many years to come,” Garda Burke concluded.