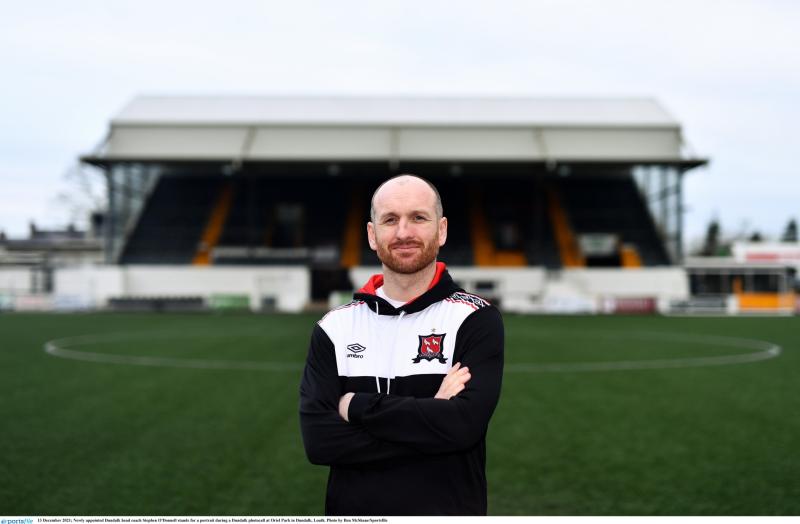 An Orielite with whom I’m regularly in contact can’t wait for the new season to come around. Not since Stephen Kenny was about to take over has he been so giddy.

“Last season wasn’t good. We had Covid-19, but the trouble off the field was nearly as bad. For a time we didn’t know who was manager, and when all this was going on, the results were getting worse and worse.

“Fair play to Vinny Perth. When he came back he turned things around, and to tell the truth, I wouldn’t have minded if he’d been kept in the job. He got us away from relegation.”

My pal is, however, “delighted” with Stephen O’Donnell’s appointment.  “Stephen was a big Oriel Park favourite when he was playing. He led by example as captain and he was a big part of the Stephen Kenny success story. I was sorry to see him leaving Oriel, but I’m delighted to see him coming back. That’s how most of us in The Shed feel.”

O’Donnell’s appointment has been welcomed. But while it could be good for Dundalk, we can only but guess how St Patrick’s are feeling. The man known as “Skip” as he led the Lilies to unprecedented success, had his first managerial post at Inchicore, taking over as head coach two seasons ago.

It took him a season to settle in, but second time around his team provided the only serious challenge to runaway league winners, Shamrock Rovers, finishing runners-up.

But better than that, he guided Pat’s to FAI Cup success with a penalty shoot-out win over Bohemians at the season’s end. Club bosses would have expected him to try to build on that.

Instead, O’Donnell cut his ties with Richmond Park, choosing to head back down the M1. In a game where money speaks most languages, it could be he was made an offer by the new club owners he couldn’t refuse, or maybe he just wanted to get back to where he was a previous big winner.

Whatever the reason, O’Donnell’s sure of a big welcome when he leads his team out for his first Oriel game. His challenge, however, might be greater than the one that faced Kenny.

Though the current Republic of Ireland manager had led Dunfermline Athletic to a Scottish FA Cup final, his record in the League of Ireland was nothing to get excited about. No-one could have expected, or foreseen, what he would achieve at Oriel Park.

O’Donnell has more on his CV coming in and might therefore have raised expectations. First to face him is a team-building exercise. He’s starting from scratch with a number of recent-year key players having moved on. Getting the right players to sign is his first major challenge.