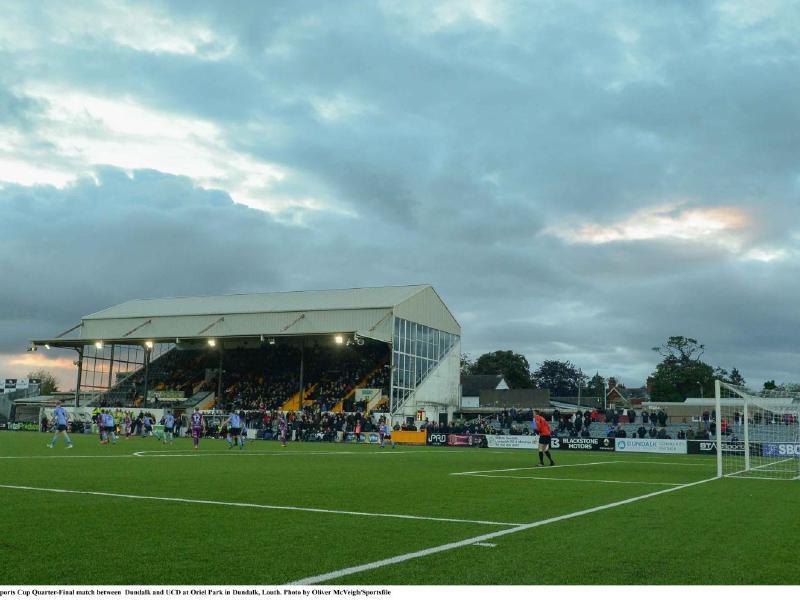 Dundalk FC have ramped up their managerial search and identified ex-captain Stephen O’Donnell as a leading target to replace Vinny Perth, who departed from Oriel Park earlier this week.

Sources told The Democrat this week that O’Donnell, who played for The Lilywhites between 2013 and 2018, had emerged as a serious contender to take over.

O’Donnell has been in charge of St Patrick’s Athletic since 2019 and this season guided them to FAI Cup glory, as well as the runners-up position in the SSE Airtricity League.

Also earlier believed to be in the running was Drogheda United boss Tim Clancy, but remarkably he has now signed on with the men from Inchicore despite the fact at the time of writing O'Donnell's future at the club has yet to be announced. He had yet to pen a new deal with the Saints following their penalty shoot-out victory over Bohemians at the Aviva Stadium.

Meanwhile, Sean O’Connor has been installed as the new chairman of Dundalk following the club’s recent change of ownership which saw a local consortium replace Peak6.

O’Connor, alongside his business partner, Alan Clarke, established Statsports in 2007 and their company has since become a leading light in athletic performance monitoring.

Clarke and Fastfix owner Andy Connolly have taken up positions on the board of directors where they will be joined by O’Connor, who succeeds Bill Hulsizer as chairman.

The 79-year-old Hulsizer replaced fellow American Mike Treacy in the role almost two years ago, but his tenure was marred by off-field controversies and mismanagement.

Florida-based Hulsizer, along with David Samhat and James Baboulas – both Peak6 employees – have all left the board to be replaced with O’Connor, Clarke and Connolly.

The new ownership will commence a strategic review in the coming weeks – with supporter involvement, youth development, ladies football, stadium and infrastructure development, media, content and communications, community engagement, commercial strategy and match-night experience among the areas to be covered as part of the review.

“We’re very excited about the season – and the challenge – ahead,” said Clarke. “There has been a lot of positivity surrounding the takeover and while everyone at the club has been given huge encouragement by this, we are also conscious that the club has gone through a turbulent time over the past 18 months.

“Our two main goals this season are to stabilise the club in every department while simultaneously building a competitive team that will challenge for honours in 2022 and beyond.

“We have also placed a big emphasis on rebuilding and reinforcing the links between Oriel Park, our supporters and the local community.”

The change of ownership has seen Colm Murphy return as club secretary, with Simon Blackmore also returning as licensing officer – a role he held between 2015 and 2020.

Martin Connolly – a brother of Andy who previously served as chief operating officer – is also back at the club in what is believed to be a consultancy role for the time being.

One man that won’t be part of the club’s plans going forward, however, is Stephen McDonnell, who has left less than a year after his appointment as academy director.

McDonnell, who played for Dundalk between 2010 and 2013, had been operating in a similar role with the Irish Football Association prior to his appointment last January.

A club statement read: “The club would like to thank Stephen for his work at Oriel Park over the past year and wish him the very best of luck going forward.

“As a former player – and native of the town – Stephen will always be held in high regard at the club and will forever be welcome at Oriel Park in the future.”

On the field, Will Patching has linked up with Michael Duffy and Patrick McEleney at the Ryan McBride Brandywell Stadium after signing a two-year contract with Derry City.

Having joined Dundalk in 2020, Patching spent the first half of the season on loan with Derry before returning to The Lilywhites in June, and he memorably scored the winning goal in their Europa Conference League tie against Levadia Tallinn just one month later.

Another player that could be set to leave Oriel is defender Daniel Cleary, who is attracting interest from Scottish Premiership outfit St Johnstone, as well as Bohemians.

“Dan is someone we have been looking at,” St Johnstone manager Callum Davidson told The Courier. “I thought about him last summer, but he was mid-season with Dundalk.”

As it stands, Andy Boyle, Ryan O’Kane and Mayowa Animasahun are the only players signed up for the 2022 season, but it is expected more are to follow in the coming weeks.