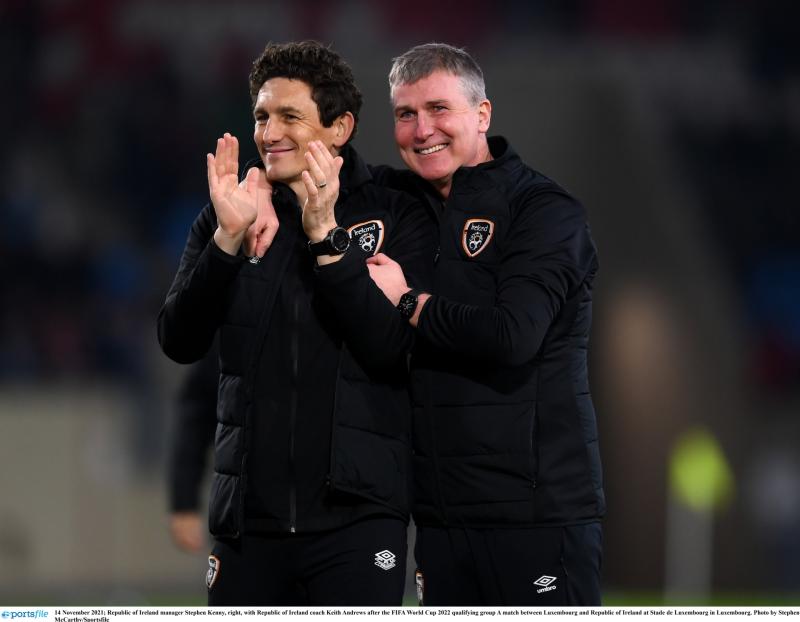 Ladbrokes have cut the Republic of Ireland’s odds of qualifying for Euro 2024 under former Dundalk FC boss Stephen Kenny to 5/2 from 4/1 after the Boys In Green ended their World Cup qualifying campaign on a high.

Kenny’s odds on remaining as Ireland manager for the foreseeable future also look good, with Ladbrokes going 1/3 from 7/4 that he is still in charge for the next World Cup qualifying campaign.

Under his stewardship, the bookmaker go 7/4 that the Republic of Ireland qualify for a major tournament.

"You couldn’t have asked for anymore from Stephen Kenny recently" stated former Irish International and current Ladbrokes Ambassador Kevin Doyle. "When it comes to Stephen Kenny, there are two camps - for and against - but I have always been somewhere in the middle.

"I thought he could have done things differently earlier on and some of his team selections were questionable, not to mention their performances. I also don’t think there is anyone else who would have been better in the position. He had a group of inexperienced players, more so than any other Irish manager in memory.

"He has had a very tough job and my view all along was to give him a chance and lets see how he gets on. He’s on an upwards curve with them and I would champion him now. Results are everything and when things are going well, it makes the decision easy for CEOs, fans etc. He is the man for the job."