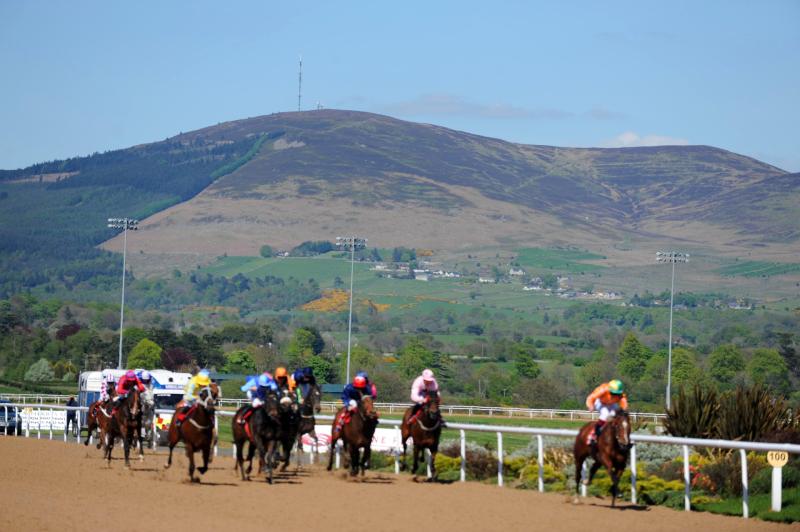 Horseracing has a great habit of producing lovely stories. More on this later, although this one ties in with one of the two jockeys to ride a double on Friday’s card, Siobhan Rutledge. The other was Billy Lee.

Siobhan’s double came courtesy of Sense Of Romance (7/1), for trainer Lee Smyth in the Irishinjuredjockeys.com Apprentice Handicap, and Kartayaz (10/3 fav), for John McConnell in the first division of the Book Online @DundalkStadium.com Handicap.

Billy’s double came via the heavily-supported Chaos Control (4/7 fav), for trainer Andy Oliver in the BetVictor Proud To Support Irish Racing Nursery Handicap, and Limit Long (14/1), for Darren Bunyan in the second division of the aforementioned handicap. Limit Long’s win produced a fine example of a front-running ride from a jockey.

Ger Lyons had just one runner on the card and it was a winning one with Neo Soul landing the Irish Stallion Farms EBF Race, the race that opened the card.

Sent off as the 8/15 favourite, Gary Carroll nudged his mount ahead close home to see off the persistent J J Jumbo by a head and give Ger a sixteenth Dundalk winner of the year.

Neo Soul was one of five winning favourites on the eight-race card, the others (apart from those already mentioned) being Meishar (11/8), in the Follow Us On Twitter @DundalkStadium Handicap, and Hurricane Alex (5/2), who is trained by Denis Hogan and was ridden by apprentice Daniel King, in the Lengthen The Odds With BetVictor Handicap.

Meishar, who cost just 3,000 guineas, was ridden by Luke McAteer and is trained by James McAuley, is now unbeaten in both of the six-furlong races in which he has run, both of them coming at Dundalk.

Also, his win gave James a ninth winner as an owner this year at the Stadium, which keeps him at the top of the 2021 owners’ table.

The card’s remaining winner was Very Excellent (5/1), who is trained by Andrew McNamara and was ridden by another promising apprentice in Jake Coen, in the 10.5-furlong maiden.

Very Excellent’s victory was very poignant as it came just over a week after the death of the trainer’s father, also called Andrew, but known too as Andy. The winning trainer always cuts a dignified and good-natured figure, but such wins will inevitably evoke memories that intermingle joy with sadness.

At the opposite end of the emotional spectrum is the story attached to the win of Sense Of Romance. The filly’s groom is Megan Camblin, who has only been with Lee Smyth for around 12 months.

She is now riding work and Sense Of Romance is the first horse that she has ridden at home that has subsequently won on the racecourse. It was an emotional day for her. Lee had nothing but praise for her and she hopes to become an apprentice jockey.

Sense Of Romance is owned by Eamon and John Donnelly. Eamon now lives in New York. Their horses run in the GAA colours of Dromore, their local club, and Tyrone, their county.

Eamon and John won a couple of races at Sligo during the summer and decided to reinvest the winnings. Lee received a call from Freddie Tylicki, whose modus operandi is finding horses at value prices. He told Lee that he should buy Sense Of Romance.

He did and, of course, it has worked out well. It's a fine advert for Freddie's skills as he paid just 5,000 guineas for the filly. What a sport this is.