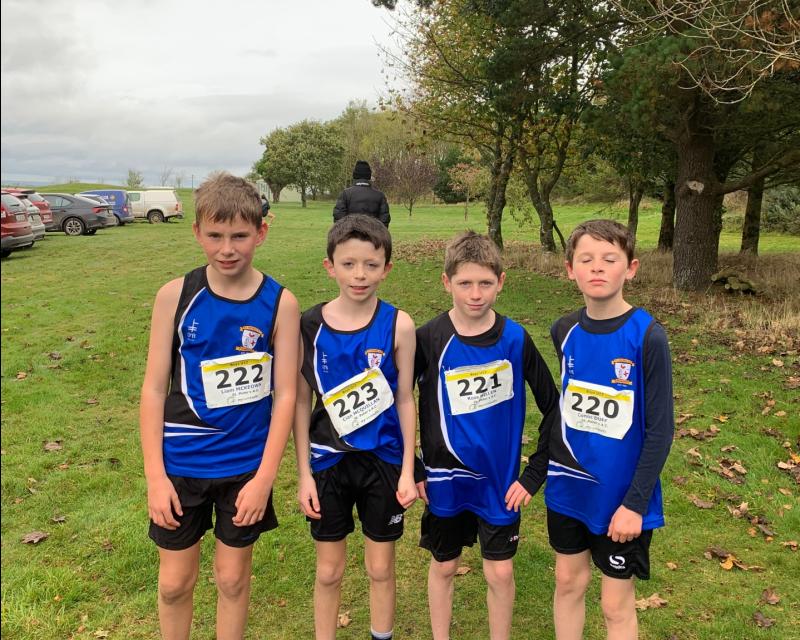 Ballyhale, County Kilkenny was the venue for the Leinster even age and Novice Cross Country Championships on Saturday October 23rd. A group of St Peters Athletes made the journey down the M9 and they all showed that they can compete with anyone.

The first up for the club was the boys U12, the club had a team entered in this race and all four performed excellently. The team was led by the ever impressive Ross Hillen who once again showed his class by putting himself in the business end of the race.

From the start, the course was tough but Ross showed great bravery and managed to finish in fifth place winning his first provincial medal and qualified for the Leinster under twelve team for the National Championships.

Ross will be joined by his club team mates at the National Championship also as all four lads were part of the County team that also managed to qualify for the All Irelands. Conor Duff, Liam McKeown and Cian McQuillan all ran brilliantly to help the Louth team make it through.

The Under 16 age group had two athletes that also made it through as individuals by both finishing in the top 12 finishers in their respective races. Dearbhla Allen, who has enjoyed great success so far this year had another strong run managing to finish in fourth place out of her age.

This was followed by Sean Reilly who enjoyed a successful track season and showed he can also perform well on the grass finishing in a very respectful twelfth place, taking the last of the individual medals.

The girls under 18 race had two St Peters athletes compete. Niamh Brady once again qualified for a national competition with a sixth place finish out of age, while Leah Mooney had another strong run finishing just outside the individual medals in thirteenth position.