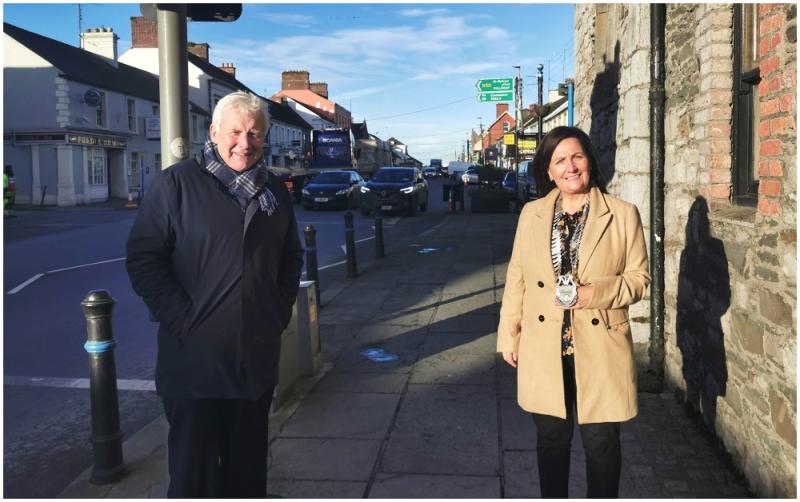 Local politicians in Louth have welcomed updates from An Bord Pleanala on the Ardee bypass, saying that it has given the project the "green light" to continue being developed, despite concerns by local environmentalists.

The planning board issued a report which clarified that no environmental statements or reports need to be compiled on the impact of the proposed Ardee bypass.

The updated guidance has been welcomed by local politicians, with Fine Gael TD Fergus O’Dowd saying that the updates from An Bord Pleanala are a “green light” for the project.

However, local community activists, Friends of Ardee Bog have pushed back against the decision of An Bord Pleanala.

Deputy O’Dowd says that any other decision by the planning authority would have pushed the project back much further.

“Ardee Town is currently choked with congestion and the people of Ardee have demanded that this issue be resolved, the fact that this vital project will now satisfy the public spending code requirements from an environmental standpoint is very positive news.

“The town has suffered greatly as a direct result of significant traffic congestion over the last number of years. This has had a major impact on its economic and social development and the pollution resulting from traffic has also had a significant impact on air quality and the health of the citizens of Ardee.

“An Bord Pleanala are independent specialists who determine whether a project meets environmental standards and thresholds, we are delighted that they have confirmed that this project will not significantly impact any of the local conservation and protection areas.”

However, Friends of Ardee Bog had previously raised concerns about the planned bypass, with the group saying that its construction could potentially endanger the local population of curlew.

The group took the concerns to Leinster House, with a protest being held against the current bypass plans.

In a statement to the Democrat, Friends of Ardee Bog said that it was an “outrage” that an environmental impact study will not be carried out.

“We were disappointed and outraged to read the news that An Bord Pleanála (ABP) has decided that an Environmental Impact Study is unnecessary for the proposed N52 Ardee bypass,” said a spokesperson for the group.

“This decision is part of an egregious pattern of planning in this country that ignores Ireland’s natural resources and unique heritage.”

The group has said that it will continue to oppose the bypass and that they will do “anything necessary to protect Ardee Bog and the endangered curlews”.

They have also labelled the project as “irrational”, saying that a bypass for the N2 is needed rather than the proposed N52 bypass.

Friends of Ardee Bog has also said that the issue of the bypass is a climate justice matter and that the group will continue to protest against the bog being built on as it acts as a carbon sink.