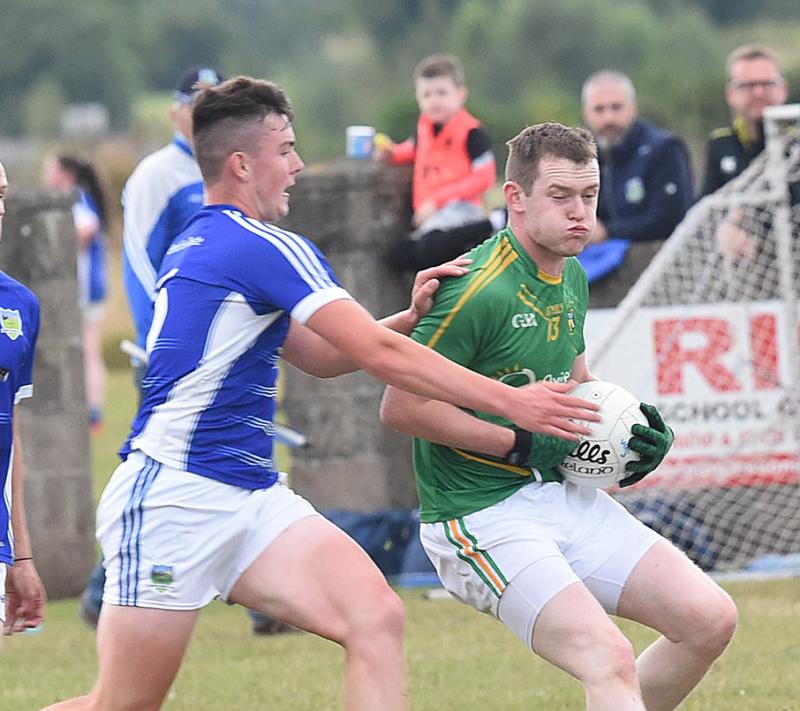 Finishing off with a late flurry, Roche Emmets powered home to victory to secure their IFC status at the expense of Naomh Fionnbarra who will ply their trade at the Junior grade for 2022.

Paul Grier’s side scored 2-3 in the final five minutes and much to their relief, as two second half goals saw the Finbarrs roar back into this encounter.

It was the second year running that Roche Emmets were faced with a relegation play off to maintain their status and that experience proved vital as they came out on top in the battle of the previous two winners of the Junior Championship.

As both sides traded scores early on Naomh Fionnbarra almost had the perfect start, but Ciaran Markey had to settle for a point after his piledriver was tipped over the bar by Jamie O’Hare.

Markey then set up Conor Osborne to put the Barrs back in front after Mark Byrne had equalised for Roche moments earlier.

Byrne found the range again, either side of two Barry O’Hare frees to give Emmets a 0-4 to 0-2 lead, before a superb score from distance from the energetic Stephen O’Reilly for the Barrs left just a solitary point between the sides at the first half water break.

In a half which saw Roche kick seven first half wides and 12 in total, Glen Stewert, who finished with 22 possessions over the hour, put two between the sides.

But back came the gallant Finbarrs with scores from Michael McArdle and Conor Osborne leaving just the one point between the sides at half time at 0-5 to 0-4.

The Finbarrs began the second half on the front foot and thanks to great work from the tireless Brendan Simms, Adam Hanratty turned and swivelled to put Brendan Healy’s side ahead by 0-7 to 0-6 after a Thomas McCreesh free cancelled out a Barry O’Hare placed ball earlier.

A serious question was asked of Roche, and the Rathduff side stepped up a gear as James McDonnell broke through the Finbarrs cover to set up his Louth under 20 colleague Glen Stewert to score the opening goal of the match, giving Roche a 1-7 to 0-7 lead.

Three further scores by Mark Byrne and Barry O’Hare (2f) one of which was set up by Glen Stewert, left it at 1-10 to 0-7 after 40 minutes. Sub Kevin Callaghan put seven between the sides moments later, before Shane Byrne’s shot deceived Togher keeper Daithi Woods to make it 2-11 to 0-7.

Similar to their clash versus Clan na Gael last time out, you felt that the game looked beyond Naomh Fionnbarra as the rain continued to pour down in Darver.

However, in those conditions sometimes a long ball into the square can pay dividends and so it proved to be the case for the Togher side.

A sideline ball across the Roche square was poked to the net by Ciaran Markey for their first goal. Moments later, Brendan Simms teed up Conor Osborne who’s shot once again hit the net via a deflection to close the gap to four in the blink of an eye at 2-11 to 2-7. Game well and truly on.

However, Roche once again upped the gears to kick for victory, thanks mainly to two goals from the lively Mark Byrne as they ensured their IFC status via the relegation play off for the second season running.

Gerry Malone's thoughts on the Bohs game, current LOI facility and a recent trip to Warrenpoint
ADVERTISEMENT - CONTINUE READING BELOW