EXPLAINED: What does Proposal B mean to Louth GAA if passed at Congress? 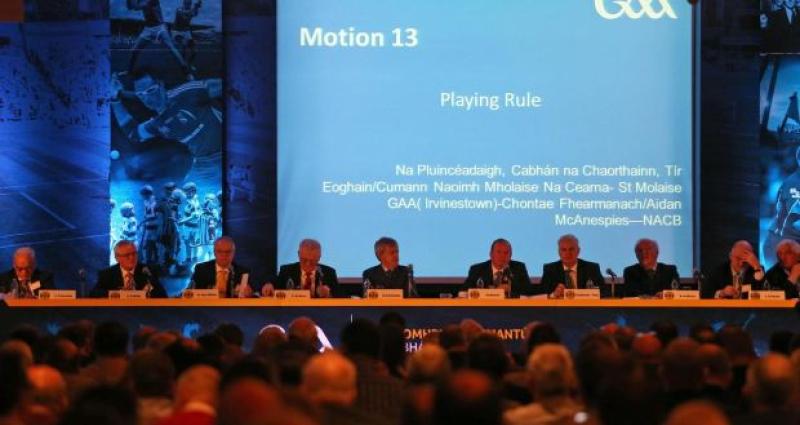 Louth GAA have put their backing behind Proposal B as the GAA look to revamp the format of the All-Ireland Senior Football championship.

The annual GAA Congress takes place this weekend and it could be an historic one with proposals to be discussed which could completely change the structures of how teams compete for the biggest prize in the sport.

As it stands Louth will not partake in the race for Sam Maguire in 2022 unless they can make it to a first Leinster Final since 2010, with teams from Division Three and Four who do not make it to their provincial final set to compete in the Tailteann Cup.

The new plans would see both the leagues and championship linked, with each team playing seven games before filtering into the All-Ireland series.

The big gain form a Louth perspective is that while counties in both the bottom two tiers of the league would still be set for Tailteann Cup football, a window of opportunity would open to Sam Maguire if they could win their Divisional title.

Through the preliminary Quarter Finals, the Division Three and Four champions would take on the sides which finished second and third in Division Two.

The biggest casualty to this system would be the Provincial competitions, which instead of feeding into the All Ireland would now becomes Pre-Season prep for the year ahead.

There is another Proposal on the cards at Congress which would see the Provincial championships keep their important status, but with eight teams involved in each competition.

That would mean the six lowest ranked teams in Leinster following the conclusion of the National League would face other, the three winners advancing while the losers were grouped into either the Connacht or Munster Championships. At present this would include Louth.

The eight teams are to be divided into two groups of four with every team guaranteed a home, away and neutral tie before the group winners clash to decide a provincial winner.

Those four champions head for the Quarter finals, second and third placed teams the Qualifiers and the bottom teams the Tailteann Cup along with New York. However this proposal has not been popular among the county boards and is expected to be defeated if not dropped entirely before voting takes place.