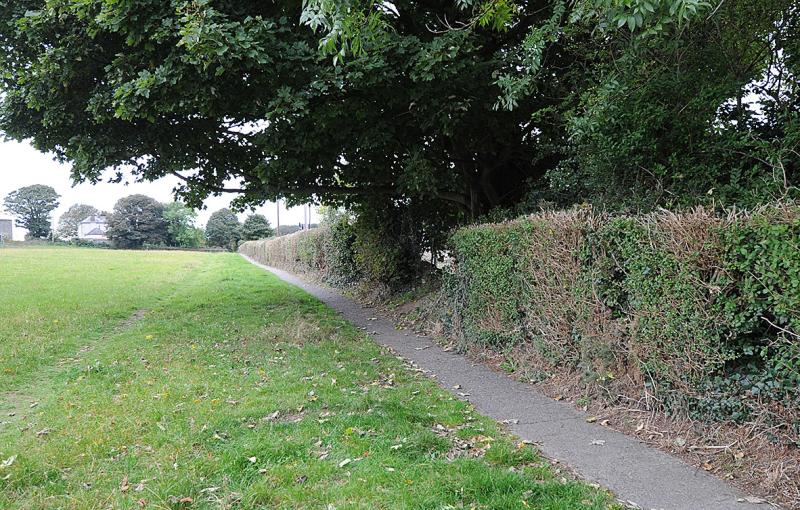 Concerns have been raised by locals over the amount of anti-social behaviour taking place around St Fursey’s Church in Haggardstown.

Shane McGuinness of Haggardstown Tidy Towns told the Dundalk Joint Policing Committee that there is a significant amount of anti-social behaviour ongoing in the chapel pass next to St Fursey’s Church.

According to Mr McGuiness, several members of the Tidy Towns have reported finding things like used needles and discarded cans of beer in the area.

Mr McGuinness told the committee that with the population of Haggardstown increasing, anti-social behaviour had picked up alongside it.

He reported that Dundalk Fire Service had been in the area recently responding to reports of fires being lit on the chapel pass and that elderly people in the area are no longer walking down the path as they’ve become afraid.

Superintendent of Dundalk Garda District, Charlie Armstrong, told the meeting that he had checked with a local Sergeant and that there have been patrols in the area in the last few weeks.

He said that there had been one arrest for anti-social behaviour in recently and that Gardaí are aware of the issues in the area. He added that local Gardaí will remain supportive of residents and do as much as they can to tackle the problems.

During the meeting, Mr McGuinness said that the road was owned by two local residents and that they want a public project to resurface the road and to install public lighting in the area.

In response to Mr McGuiness, Director of Services with Louth County Council, Paddy Donnelly encouraged him to engage with LCC’s community section for advice on what can be done to improve the local area.