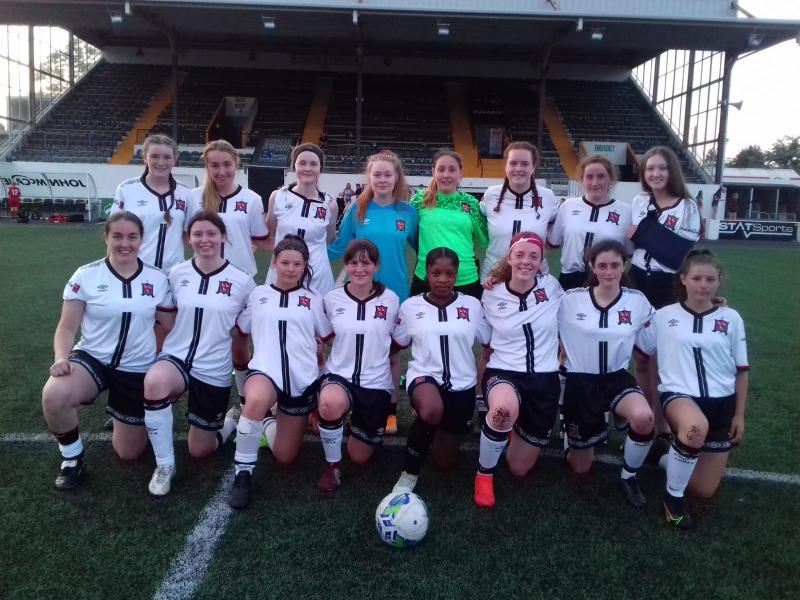 Eddie Conroy’s youthful side started brightly and were creating the bulk of the chances, but a resolute and physically capable Bellurgan were proving difficult to break down.

That was until the 30th minute when The Lilywhites were awarded a penalty following a hand ball in the area, and up stepped Katie Brophy, who made no mistake to make it 1-0.

Dundalk came agonisingly close to doubling their advantage just before half-time when a superb cross from the right was crashed off the crossbar by the alert Sarah McHugh.

In what was a thoroughly entertaining affair at Oriel, Dundalk continued to impress after the teams re-emerged, but Bellurgan started to push for an equaliser as the half wore on. However, Dundalk’s resistance was rewarded with a second goal in the 65th minute.

Louise Johnson put in a truly fantastic display out on the right flank and used her electric pace to exploit Bellurgan on the break several times throughout the second half. And, it was her neat exchange with Brophy that resulted in Dayna Ferguson sending a pinpoint cross into the head of Caoimhe Crichton, who bravely nipped in to make it 2-0.

Bellurgan sought a route back into the game, but an exceptional defensive performance from Dundalk ensured that they held on for a clean sheet and a crucial three points.

The result, which went some way to avenging a heavy 3-0 defeat at Bellurgan earlier in the season, means The Lilywhites – at the time of writing – are now just four points off league leaders Kingscourt Harps, but with two games in hand on the Cavan side.