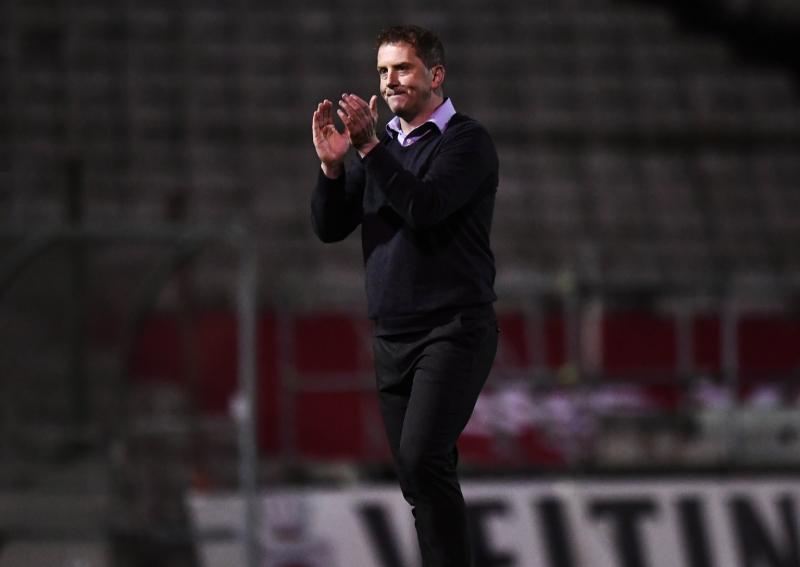 Dundalk FC are sweating over the fitness of Patrick Hoban ahead of their Extra.ie FAI Cup semi-final against St Patrick’s Athletic at Richmond Park (kick-off, 7.45pm, Friday).

A leading light with 18 goals in all competitions this season, Hoban hobbled off just before half-time in the 1-1 draw with Bohemians at Dalymount Park over the weekend.

Speaking after the game in Dalymount, Dundalk head coach Vinny Perth said: “We won’t know until during the week, so we’ll let people speculate because that’s what they do about injuries. For us, it’s just an injury.”

Despite Hoban’s injury during the Bohs game, Dundalk were boosted by the appearance of David McMillan and Daniel Kelly, who both returned following spells out of action.

“Over the years, our benches win these games for us and we didn’t have it tonight, that bit of freshness. But, at least we’ve got them minutes ahead of next week.”

Raivis Jurkovskis and Cameron Dummigan are also back for Friday after completing suspensions, but Brian Gartland, Patrick McEleney and Wilfried Zahibo remain absent.

A win for Dundalk on Friday would see them do something no team has ever done before – play in seven successive FAI Cup finals, and Perth is relishing the prospect of what is sure to be an extremely difficult semi-final encounter against Stephen O’Donnell’s side.

“If you want to win the cup, then you’re going to have to do that. We’ve been used to it. If you look at our run in ’19, we were all over the country – away to Waterford, Cobh, Sligo and Derry.

“We’ve another difficult tie. Pats have had a great season, but we’ll be ready for them and we’re looking forward to it.”

Dublin based referee Neil Doyle will officiate Friday night’s FAI Cup semi-final at Richmond, with the ticket allocation for travelling supporters now boosted following the easing of restrictions. The game will also  be streamed live via the LOI TV platform, with passes costing only €5.