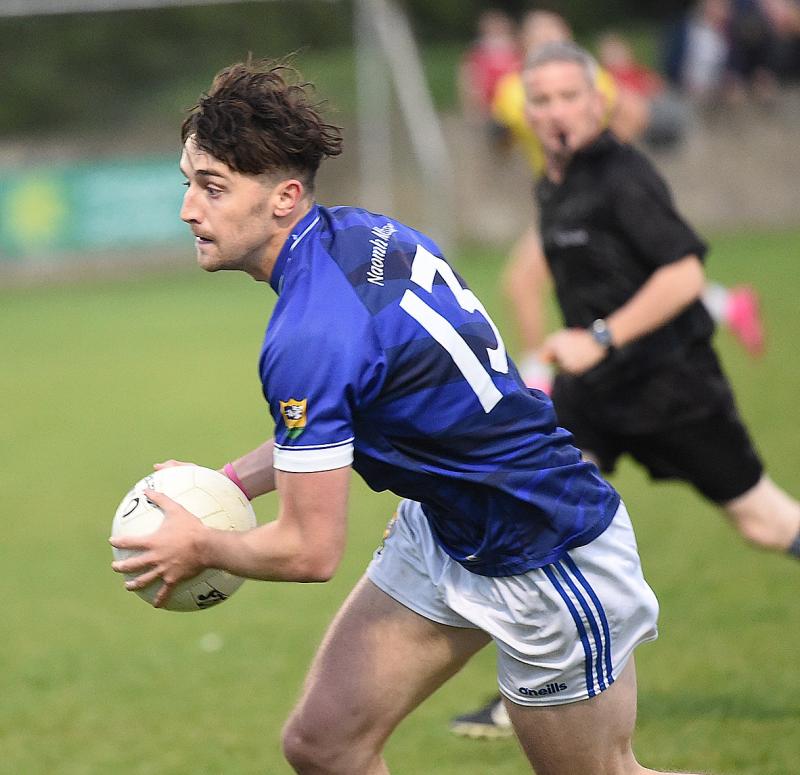 It was game of two halves in Dowdallshill in this Group A encounter on Sunday afternoon, a dominant opening period from St Marys cancelled out by a determined performance from St Patrick’s who came out all guns blazing in the second half despite trailing for most of the tie.

They trailed by five points at half time, however they came out with purpose from here and took the lead for the first time on 58 minutes.

Yet just as they had they done a week earlier versus St Mochtas, the Mary’s stayed composed under pressure slotting over two injury time points to grab a draw in this entertaining contest in Group A.

Buoyed by their win a week earlier, Ardee came out of the blocks fast with two points in the opening sixty seconds and by the tenth minute they lead by 0-5 to 0-2.

Last years county finalists were at their free-flowing best, moving the ball forward with an impressive kicking game that was seeing all their forwards get on the ball. They would finish the match with nine different men on the scoresheet, showing the firepower they possess when on song.

Yet the men in Green were not going to back down without a fight. Although having to work harder for their scores they managed to hit their opponents point for point from here up until the water break as scores from Jack Murphy and Cathal Grogan left it at 0-7 to 0-4.

Sean Kelly’s troops upped their work rate from here as they looked to build up a cushion in the second quarter, some fine team moves teeing up scores for Robert Leavy, Ciaran Keenan, Ronan Carroll and Jonathon Commins (2) to go into half time leading by 0-12 to 0-7.

The break changed the flow of the game significantly, St Pat’s turning the screw on Ardee and keeping them scoreless for the next ten minutes. Their dominance came largely from midfield where they began winning every high ball or anything that broke around the centre of the park.

They turned over the Mary’s from their first three kick outs, effectively camping in their half of the field as points from Murphy, Cathal Grogan and Paddy Keenan narrowed the gap back to just two points on 38 minutes.

Even when getting forward scores were much harder to secure for the Men in Blue, as The Lordship club began defending in packs, drawing mistakes and turnovers as Ardee struggled to break them down. By the final water break they lead by just a point, 0-14 to 0-13.

Pats had most of the possession, backed by the amount of ball picked up in the centre, as three scores in a row from Murphy, Danny O’Connor and Paddy Keenan saw them go two in front as the tie headed into injury time.

St Marys needed to dig deep into the well having been so outmatched in this half, substitute Darren Clarke drawing a foul and pointing to end another 19-minute dry patch for his side while with the final score of the match fellow sub Karl Gillespie showed nerves of steel as he sealed the draw.