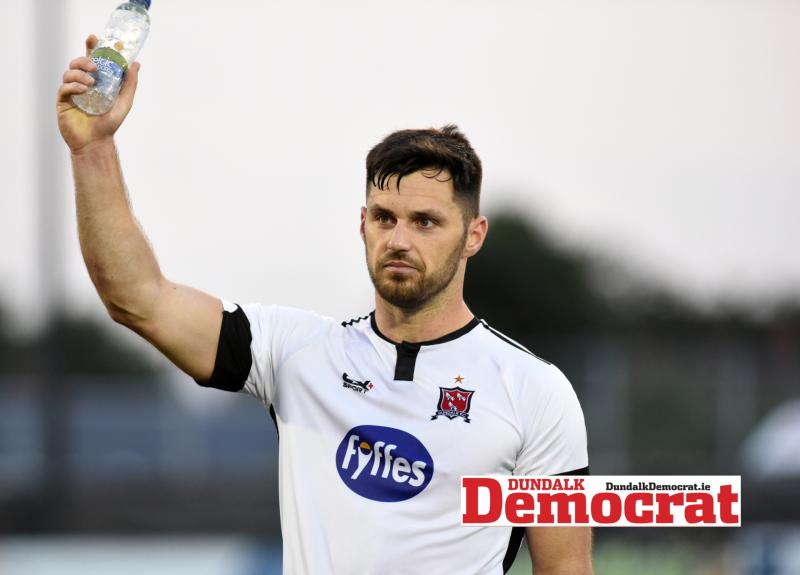 After booking their place in the semi-finals of the Extra.ie FAI Cup with a hard-fought extra-time win over Finn Harps on Tuesday night, Dundalk go to battle again on Friday evening when Sligo Rovers visit Oriel Park (kick Off 7:45PM).

The sides met at The Showgrounds just 10 days ago, with the hosts emerging victorious, and after a dismal run of form that saw them lose seven games in a row between July and the end of August, Liam Buckley’s men have put themselves back in the box seat for a top-three finish.

After collecting just four points from their previous eight league games, Dundalk are mired in a dogfight at the wrong end of the table.

The visit of Sligo is followed by another home fixture against Bohemians on Monday night and Patrick Hoban, who played a captain’s role in the win over Finn Harps, knows that the Lilywhites will have to dig deep to pick up a much-needed league win.

“We have Sligo Rovers on Friday night and Bohemians on Monday so nothing is coming easy for us,” he told dundalkfc.com. “In the past fortnight we have played Saturday, Tuesday, Friday, Tuesday and this week we will play Friday, Monday

“That is a tough schedule, six games in two weeks, so we have to make sure now that we recover properly, prepare well and hopefully start by taking three points against Sligo.

“We are down a lot of bodies but you could see the spirit and the togetherness in the group on Tuesday night and we have to kick on now,” he added.

“To get into another FAI Cup semi-final is what we wanted to do and, hopefully, it gives us the lift we need going into the rest of the league games, starting with Sligo on Friday night.”

This will be the fourth and final league meeting between the sides this season. A Romeo Parkes goal cancelled out Patrick McEleney’s strike to earn Sligo Rovers a point on their home patch on the opening night of the campaign.

The now-departed Jordan Gibson secured Sligo a 1-0 win at Oriel Park in May and goals from Andre Wright and Lewis Banks – after Hoban had opened the scoring for Dundalk – extended the Bit O’Red’s unbeaten run over the Lilywhites to six games on September 14th.

Indeed, Dundalk’s last win against Sligo Rovers came two years when Michael Duffy scored a late winner at The Showgrounds in the FAI Cup semi-final. Their most recent league win came three weeks earlier at the same venue when Andy Boyle and Dane Massey were both on target with headers.

This is the 241st time the clubs have met each other in all competitions. Dundalk have enjoyed the upper hand in 110 of the previous 240 encounters that have taken place since the first meeting back in 1934.

Daniel Kelly, Patrick McEleney, Wilfried Zahibo, David McMillan and Brian Gartland all remain sidelined with injuries but Daniel Cleary returns after missing the midweek win over Finn Harps with illness and Han Jeongwoo is also available after serving a suspension.