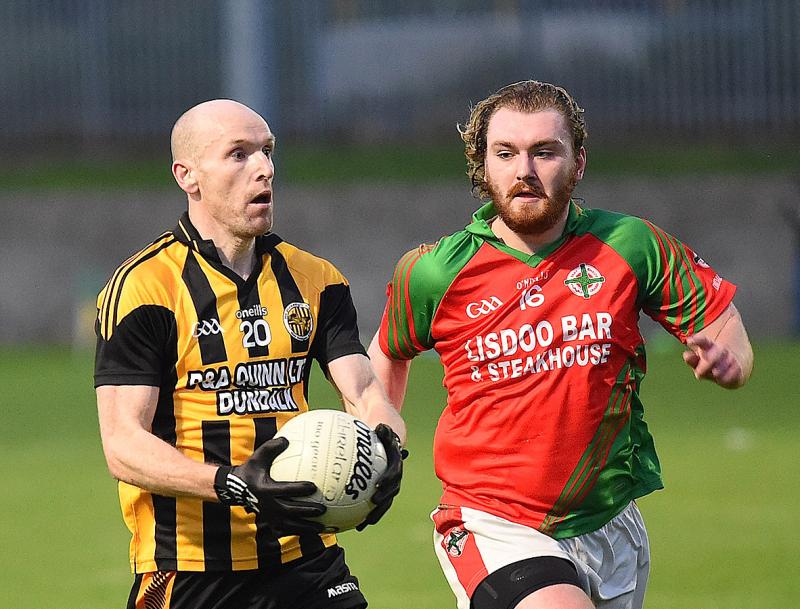 The Rock Road side, who had already accounted for the Sean Mc Dermotts in the opening round, were well on their way to victory by half time after opening up a seven point lead 1-7 to 0-3.

The only goal of the game arrived on the 24th minute mark when Ciaran Murphy’s speculative effort deceived a couple of players on route to the corner of the net. Murphy was Na Piarsaigh’s main tormentor in chief, finishing the game with 1-7 to his credit.

The winners stretched their lead further in the second half, with former County defender Eamonn McAuley among their scorers.

For the ‘Hill, the defeat ends their Championship aspirations, making Friday night’s Group D finale against McDermotts in Stabannon, a dead rubber. But they did have some decent performances from the likes of their keeper Dermot McArdle, Jack McGailey and Justin Halley.