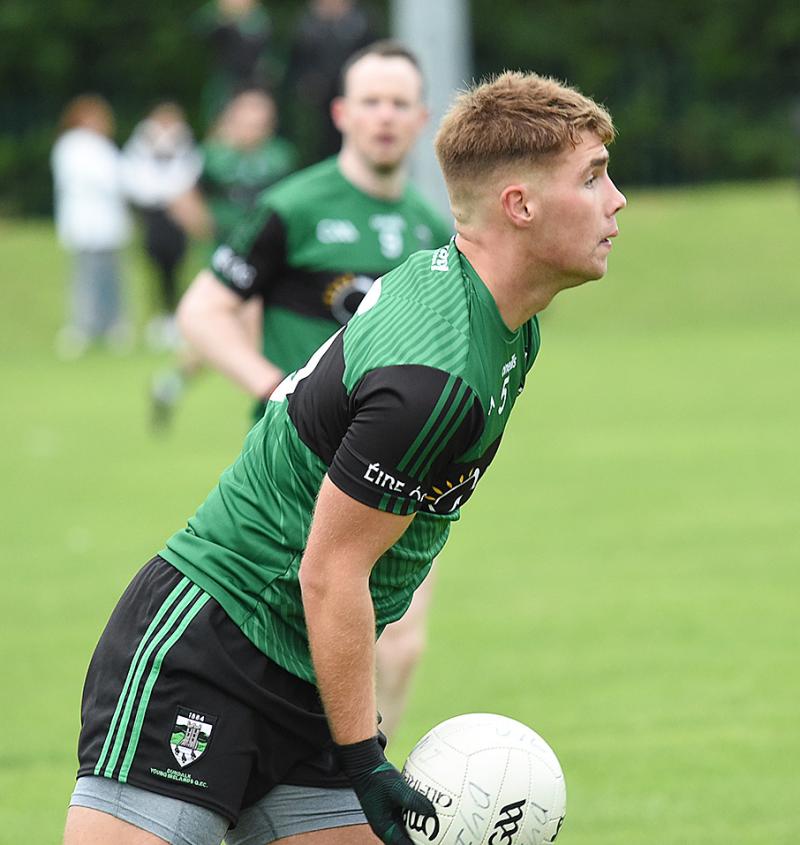 Goals win games as the old adage goes and Dundalk Young Irelands ability to create and take the chances on offer was the difference over a gutsy St Kevin’s side on Friday night in Stabannon.

Three first half goals were devastating in their application for the Dundalk side because they were half chances at best. The conversion of the chances into green flags swung the game and took a chunk of the Kevin’s morale.

The first was a driving run from Cian O’Donoghue, with a lot to do and his team down two at the time, he drove at the Philipstown rearguard with only goal on his mind. O’Donoghue was a long way out but drilled the ball perfectly to the bottom corner.

The second goal in the next attack was a piece of quick thinking. James Pendergast spotted Dean Maguire running into space after he was awarded a free.

Pendergast drove the ball expertly in the direction of the younger of the two Maguire brothers so much so Maguire couldn’t collect the ball, only stumble and flick it past the onrushing Josh Finlay in the Kevin’s goal.

Pendergast moving into the middle of the field already looks to have been a masterstroke for manager Eamonn Morgan.

The third goal in the 23rd minute was the Irelanders last score of the half. A short effort for a point by Cathal Ferriter was collected by Peter McStravick and the impressive attacker buried it on the spin.

With those three goals, Kevin's dominance and hard work was undone. Niall Callan’s side would trail 3-3 to 0-9 at half time despite scoring three unanswered points at the start and end of the first half.

Kevin’s centre forward Cian Callan was in excellent form and TJ Doheny arguably scored the point of the half but the men in red and black’s challenge was about to wane in the second half.

Irelanders fired off the first three points of the second half, Ferriter and Jordan O’Donoghue with the first of three impressive second half points followed up with a Dean Maguire effort.

From that point on, Irelanders controlled matters completely, Kevin’s lost both Crosbie’s to injury and Callan although kicking two superb free’s in front of his dug out began to miss easier frees to keep the scoreboard ticking.

The fourth goal, McStravicks’ second, came in the midst of an unanswered run of 1-4 to no score, the mazy run and powerful finish killed the game off completely.

Youngster Tom Mathews would have the final say, the Louth minor last season landed a brace in either half in an eye -catching performance, despite being on a losing side.