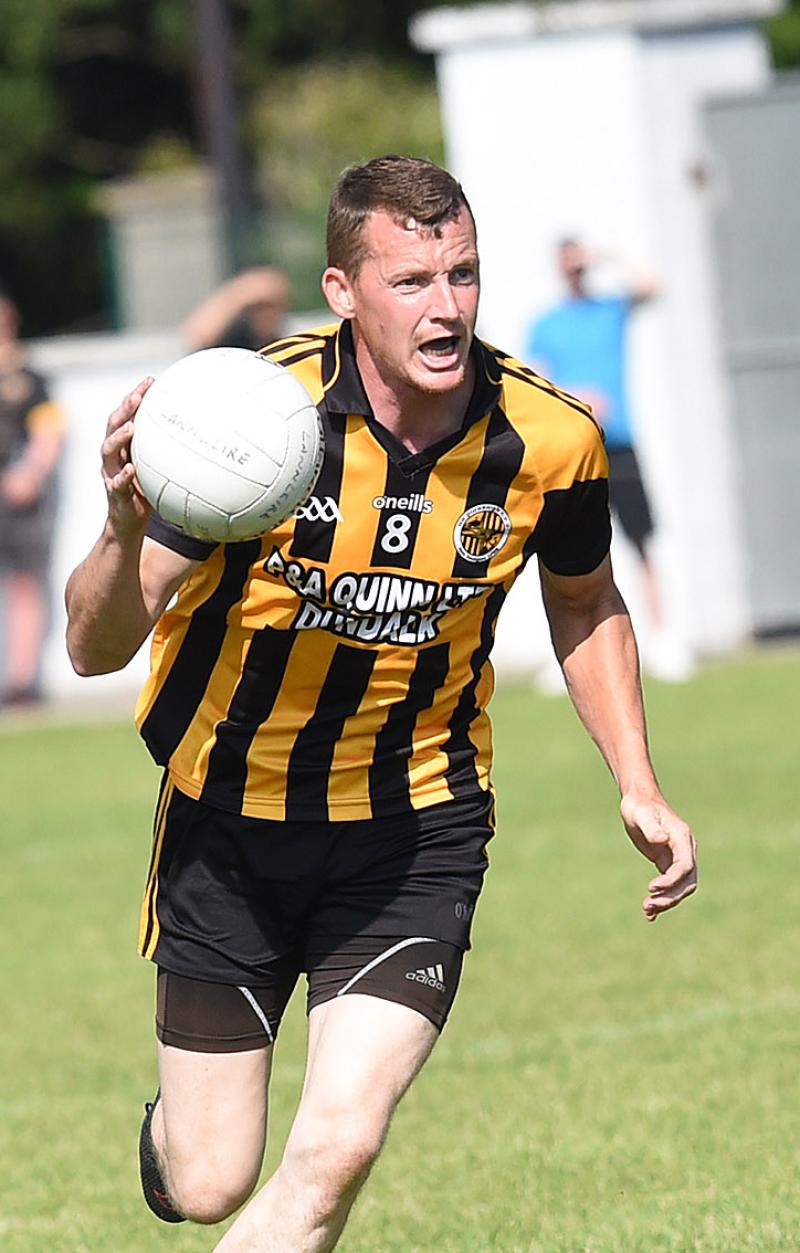 Na Piarsaigh returned the favour with a home win over Glyde Rangers on Sunday Morning in Dundalk. Having lost the away fixture a number of weeks ago John Garvey’s men meant business from the off.

Left half back Stephen Arrowsmith found the net in the first half to really set the tone. Glyde to their credit fought back through Alan Kirk and Trevor O’Brien. Wily former Louth player O’Brien would find the net for the visitors but when Conall Shields fired past David Brennan, the hosts would hold on for a narrow victory.

Naomh Malachi picked up their first win of the Division 3A season when they defeated Westerns at Reaghstown on Sunday afternoon.

Having suffered defeat in each of their opening seven fixtures, this was a welcome victory for the men from Courtbane and they certainly did it in style by rattling in seven goals.

It has been a difficult season for the Westerns and it didn’t get any better on Sunday as they remain rooted to the bottom of the table.

The Mals were quickly into their stride in this game and with Ryle O’Hanlon, Paul Gogarty and Stephen Burns finding the net, they had built up a 3-8 to 0-1 lead at the break.

The visitors continued to show their goal touch in the second period with Donal Begley (2), Paudie Moley, and Jamie Kelly all raising the green flag to seal a very comfortable win.