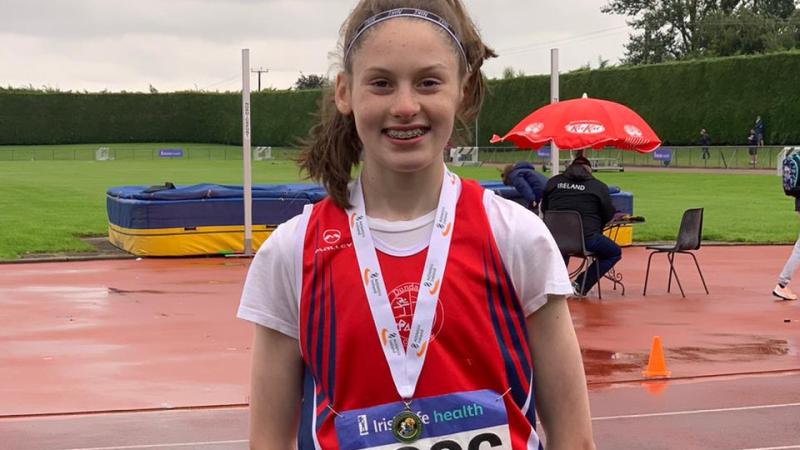 What a fantastic summer it has been for Tara O’Connor of Dundalk St Gerard’s AC. A few short weeks ago, the young Dundalk athlete set a new Championship record for the U15 Girls High Jump in the Leinster Championships. She jumped 1.64m, breaking the previous record of 1.63m that had been in place since 2014.

It seems that Tara was only getting warmed up for the National Championships which took place at the weekend in Tullamore. Last Saturday, despite the awful weather conditions she not only claimed All-Ireland Gold and the national title but pulled off an incredible feat and set another Championship record in the process.

Her best jump of 1.68m beats the 15-year-old record of 1.67m, set in 2006. It is a staggering achievement for the young athlete and a credit to her commitment and dedication to Athletics.

It was double Gold medal joy for St Gerard’s as Grainne Moran also romped home to victory in the U15 Girls 200m Sprint. Having comfortably won her heat, Grainne ran a perfect final in 26.34s to take the National Title and a well-deserved Gold medal to round off another very solid season.

Meabh O’Connor, who took the U15 Girls Leinster Long Jump title a few weeks ago clinched the Bronze medal in the Nationals on Sunday with a jump of 5.20m and finished in seventh place overall in the High Jump event on Saturday.

Last Sunday, Leinster Champion Enya Silkena competed in the U15 Girls Javelin competition and threw 37m, enough to secure the All-Ireland Bronze medal. Andrew Rosbotham competed in the U16 Boys Shot Putt and claimed 4th spot, just missing out on a medal. Andrew looks forward to competing in his second event, the Javelin next weekend. 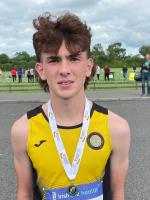