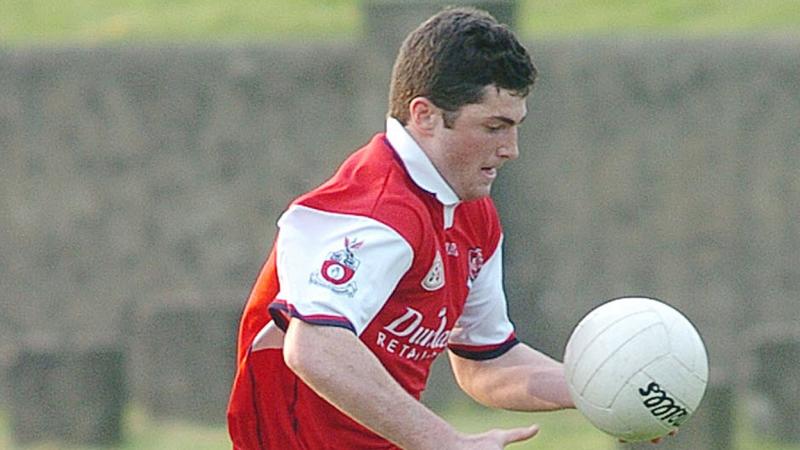 Rob Kearney togging out for the Louth Minors back in 2003. Pic: Arthur Kinahan

Yesterday the world of GAA and Rugby descended on Louth, as news broke that former Irish International Rob Kearney had returned to his roots and was now training with his local side Cooley Kickhams.

The two-time Grand Slam winner will once more don a green jersey this year, but not as you know it having abandoned the oval ball for a size four O’Neill’s as he looks to help the men from the Peninsula in both Division One of the league and the Intermediate Championship.

As a former European Player of the Year in Rugby who has been playing professionally since 2005, the 38-year old is a gifted athlete leading to some speculation that the Leinster great could be getting a call from Mickey Harte to possibly to join the Louth Senior setup.

Such has been the speculation on this front, Ladbrokes have already opened up a betting market on if the training sessions with Cooley Kickham could signal the start of a new career.

The bookmaker has installed Kearney at 14/1 to play for Louth in 2022 Leinster SFC, while an All Star next year is a much bigger price at 150/1.

Nicola McGeady of Ladbrokes said: “Whatever Rob Kearney turns his attention to; we imagine he will excel. He has made no secret of his love for GAA and the odds suggest that his county could come calling.”

Before being noticed for his immense talent as a fullback with Leinster and Ireland, Kearney had the honour of lining out with his county at the minor grade, playing his part as Louth pushed Dublin to a replay in the 2003 Leinster Semi-final.