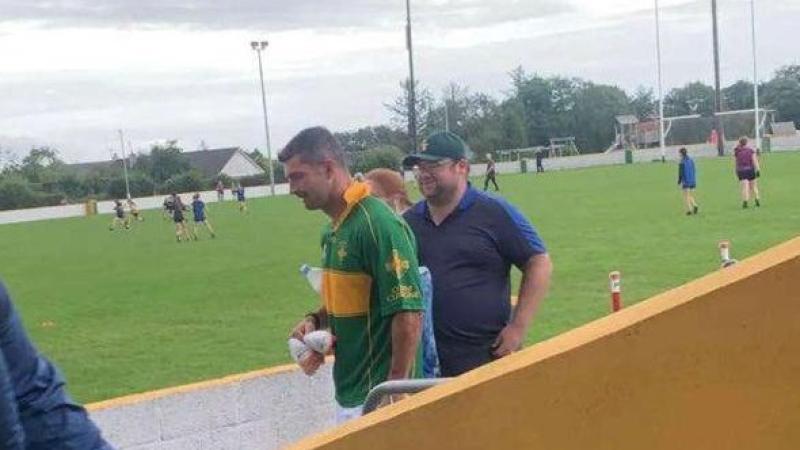 He’s better known for his heroics in the Blue of Leinster Rugby, but former Irish Rugby International Rob Keaney looks set for a remarkable comeback in the world of GAA having been spotted training with his former club Cooley Kickhams.

Following a one-year stint with Australian side the Western Force, LMFM has reported this morning that he has returned home and was part of the 40 Senior and Junior players training at Fr McEvoy Park last night.

The 38-year-old hasn’t been in a green and gold jersey for almost 17 years, where he bagged a point as a teenager when the men from the Peninsula lost out narrowly to local rivals St Patrick’s in the 2004 Senior County final by the narrowest of margins, 0-7 to 0-6.

Before being noticed for his immense talent as a fullback with Leinster and Ireland, Kearney had the honour of lining out with his county at the minor grade, playing his part as Louth pushed Dublin to a replay in the 2003 Leinster Semi-final.

It will put significant interest on their next league encounter, when Gary Thornton’s troops travel to Termonfeckin to face St Fechins in what could be a mouth-watering clash in Division One.

It is speculated the multiple time Grand Slam winner has committed to his home club for the duration of the 2021 season and will be available for selection.

This will allow him the chance to add the Louth Intermediate Championship crown to his long list of achievements. They have been drawn alongside Hunterstown Rovers and the O'Raghallaighs as they look to make a return to the Senior ranks.

Speaking to RTE, club secretary Brian Rafferty said the former Rugby star always wanted to give back to the club where his foray with sport began and that he was eager to earn his spot on the starting 15 in the weeks ahead.

“He’s one of our own and he said that last night. Any time he was here he was always welcome at the club. He was straight into the fold and he’s taking it from there and he’s going to see how he gets on" Rafferty stated.

"He’s going to continue train and he’s hoping to play a bit. He’s like everyone else, he’ll fight for his place. He said he’s rusty and that he hasn’t held a Gaelic ball in his hands for 16 years. He ran around last night and after five minutes it was as if he was never away from us."

In a glittering career with the oval ball, Kearney won two Grand Slams, four European Cups, Six Pro 14 titles as well as a Challenge Cup. He was involved in two Lions tours in 2009 and 2013 and was named European Player of the Year back in 2012.