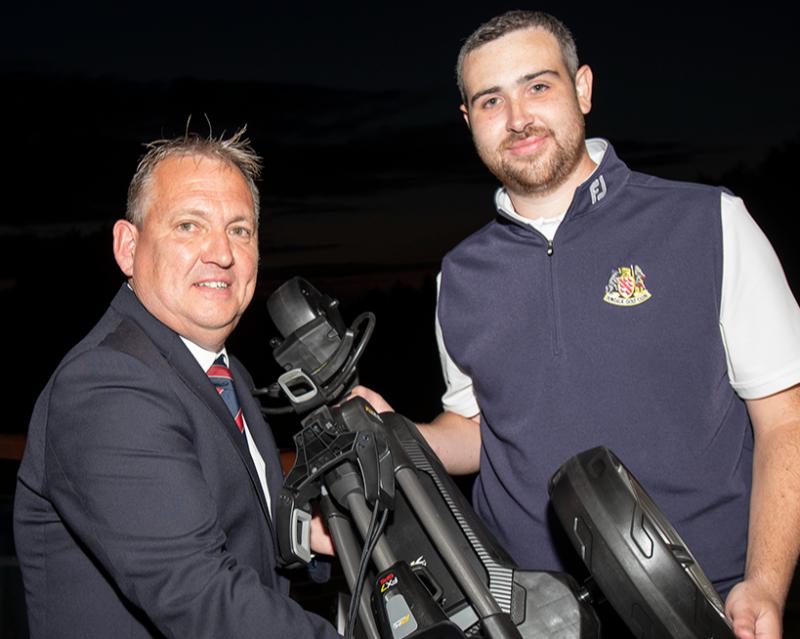 Playing off 10, and in the final leaders group, he shot a nett score of two under par 70 to go with his fine five under par 67 from the first round. His score of 137 saw him win by two shots from Shaun Callan with Malcolm Drake in third place.

Recent Minor Scratch Cup winner Gerry McDermott (17) had set the target as he shot a five under par 67 to charge through the field from 55th position and establish the early club house lead on 141.

Drake, who started the day in 30th place, then shot a 68 for a two round total of 140 and he held that lead until the second last group finished and Callan leapfrogged him as he added a 70 to his opening round of 69.

The two other members of the penultimate group – Richard Barry and Shane Thornton – finished on 140 with Barry taking the Veterans Prize after rounds of 68 and 72 while Thornton’s two rounds of 68 and 72 placed him sixth just behind McKeever who shot 69 to go with an opening 71.

Casey began the day in second place, just two shots behind Round 1 leader Maurice Soraghan who had shot a superb seven under par 65 with Fergal Harte completing the final trio after a 68 in the opening round.

Accepting his prize at a special presentation in the Clubhouse, Casey said: “It is an incredible honour for me to win the Captain’s Prize at Dundalk Golf Club and it is something that I will never forget.”

The foundation for Casey’s victory was laid on the front nine which he covered in 34 nett compared to Soraghan’s 38 and Harte’s 39. He had seven pars, a bogey and a double bogey over the front nine and kept it steady down the back with three pars and six bogeys for a nett score of 36 and a very tidy two under par round of 70 nett.

Callan, playing off 14, was out in 33 nett as he looked to close a first gap of four shots to Soraghan and two to Casey. That left him one ahead of Soraghan after nine and one behind Casey but three double bogeys between the 11th and 14th holes proved costly and he had to settle for second place after coming home in 37 for a 70 nett.

Caolan Rafferty took the Gross Prize on 138 with a magnificent seven under par 65, the highlight of the second round. He struck for birdie at the first, third, sixth, seventh, 10th, 12th, 13th and 14th and had only one dropped shot at the eighth.