Will Patching relishing opportunity to face top opposition in Europe 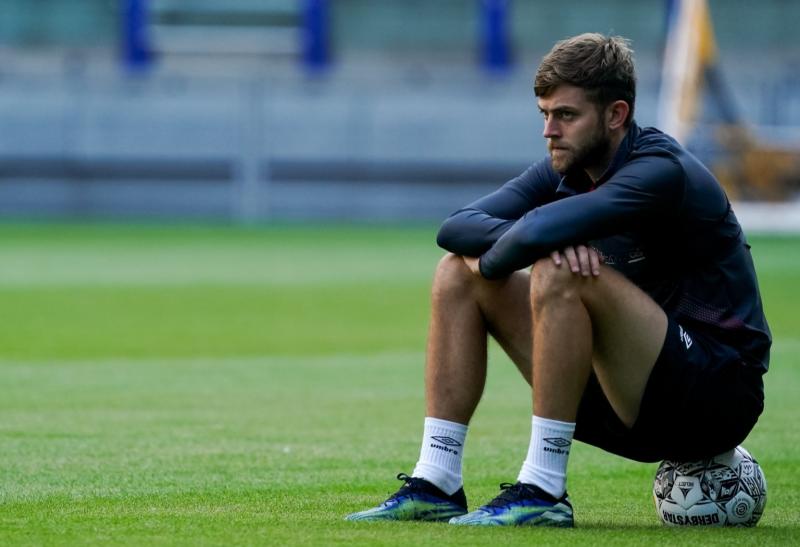 Will Patching of Dundalk during a Dundalk squad training session at GelreDome in Arnhem, Netherlands. Photo by Rene Nijhuis/Sportsfile

Fresh from their 2-1 stoppage-time win in Estonia against FCI Levadia Tallinn, The Lilywhites next travel to face the team that finished fourth in the Dutch Eredivisie.

With his third goal in this season’s European campaign, Patching was the hero for Dundalk in the Estonian capital, where he scored a dramatic 92nd-minute winner.

It was the first time ever that Dundalk advanced through a European tie with a stoppage-time goal and, speaking to the club’s official media, Patching recounted the moment.

“It was a great ball by Fats (Patrick McEleney),” he said. “The pass made the goal. I just took a touch and I don’t think I even looked up. I just smashed it and thankfully it went in.

“We weren’t at our best, especially in the second half. We lost a bit of control and we didn’t really keep it. It just makes it even better grabbing a late winner and we’re through to the next round now.

“It shows the character of the lads. We’ve got a great set of lads and we can adapt to different games. It just shows what we can do.

“I don’t think we really had a big chance in the second half. There was always one that was going to come and I’m happy it fell to me, so I’m over the moon.”

Dundalk face a stern test against Vitesse in the next round of the competition, with the first leg taking place at the state of the art GelreDome in Arnhem (kick-off, 6pm).

“It will be a good test,” added Patching. “They are a quality team, but they (Levadia) are a good team as well. We’ve shown what we can do and we’re going to be putting up a good a good fight, so we look forward to it.”

Thursday’s game in the Netherlands will be refereed by Anastasios Papapetrou (Greece).