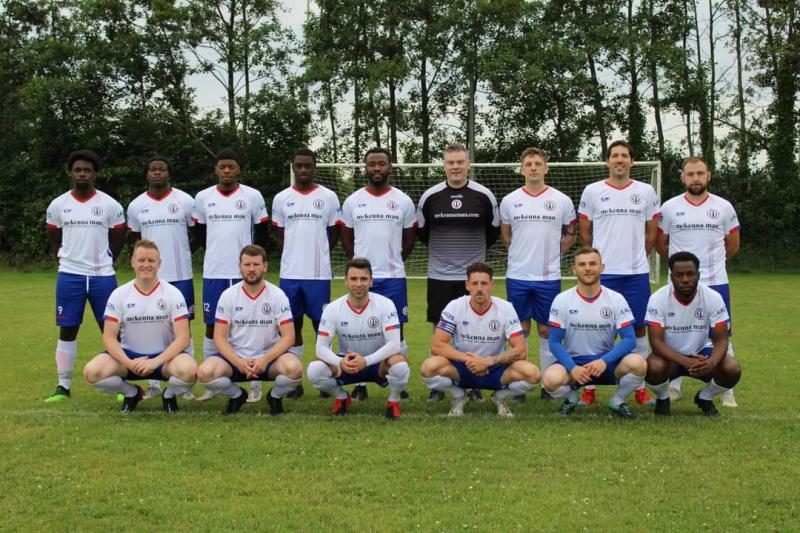 Bay welcomed Parkvilla to Bay Park last Friday evening and while a share of the spoils may have been a fair result, it was the Navan side who left Dundalk with all three points.

Bay were almost presented with the perfect start when the Parkvilla keeper scuffed a clearance right to Gavin Donnelly, the striker measured it up put but pulled his strike agonisingly wide of the far post.

The Meath men soon signaled their intent early on, forcing Bay keeper Kevin Mullen into a fine one on one save and it was the visitors who took the lead on 25mins, a defender peeling off his man before looping his header over everyone into the net from a corner.

Bay soon got back on level terms, Gerrard Uamai leaving the full back for dust and squaring the ball across the six yard box for William Opoku to stab home.

Opoku again was on hand to increase Bay's lead five minutes into the second half, showing great solo work as he twisted and turned two defenders inside out before lashing the ball home from close range.

Parkvilla seemed to be causing the Bay backline little trouble but an innocuous free kick out wide was delivered with pace towards the six yard box and was headed home.

Sub Ope Stevens seen his 30 yard effort cannon off the crossbar and Bay knew it wasn't going to be their night when a freak goal inside the final ten minutes handed Parkvilla all three points, the home side left to rue their missed chances.

Rock Celtic picked up their first win of the season against a much improved St.Dominics. In a very evenly contested first 45 half, an Adam Gartland goal on 35 minutes separated the sides at the break.

Both sides were guilty of spurning goal scoring opportunities until the last 15 minutes of play, a period that saw the visitors finally find their scoring boots with Drew Kierans hitting a rocket to the roof of the net.

Rory Kirke followed up with a brace, one from close range and a stunning effort from the edge of the box to seal the 4-0 victory. Rory is now the second highest scorer in the first division with five goals, one behind Glenmuir Celtics James O'Connor.

Man wants to know why gardai searched his Dundalk home