Division Two Roundup: Dundalk clubs to the fore as League actions heats up 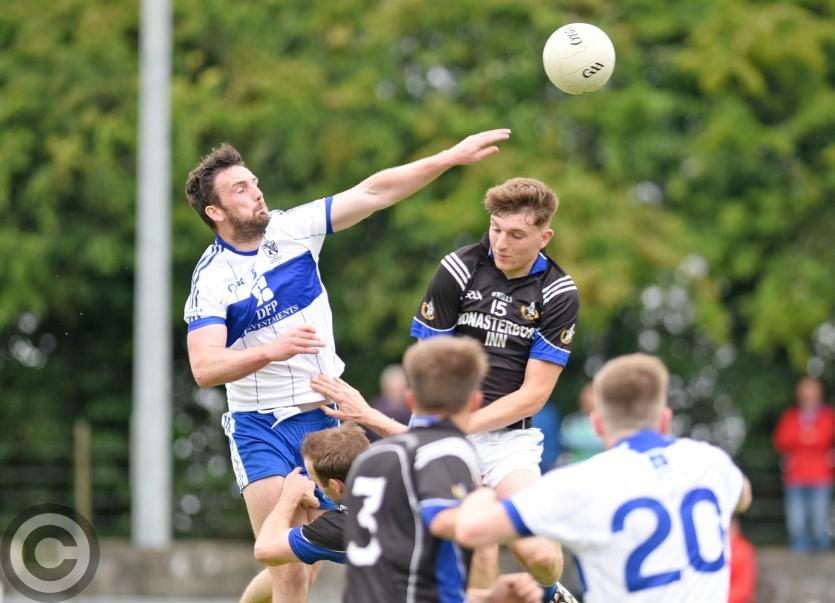 Dundalk Gaels made it a worthwhile trip to Drogheda on Sunday morning as they returned home with an eleven point victory over Oliver Plunketts.

It took a strong second half display from the visitors and a goal from Derek Crilly to ensure they came out on top after going into the break a point in arrears.

The first half saw both defences on top and with scores hard to come by it was the Plunketts who went in at half time leading by 0-4 to 0-3.

However, the second half saw the Gaels move up a gear and they soon took control of the game. Eanna McArdle, David McComish and Emmet Lindsay were on target for the winners while Crilly’s goal but the issue beyond doubt.

Emmet Kelleher top scored for the Plunketts with three points on a disappointing day for his side.

Dundalk Young Irelands picked up their second victory of the Division Two campaign when they defeated Roche Emmets at home on Sunday morning.

Goals from Dean Maguire, Cathal Ferriter and Dermot Mone in an entertaining second half proved decisive as the hosts held off a spirited Roche outfit.

After Dean Maguire had the opening point cancelled out by Dan O’Connell, it was point for point for much of the half. However, the Young Irelands found their groove in the closing stages of the half with a brace apiece from Maguire and Peter McStravick saw their side lead by 0-8 to 0-4 at the break.

Eight minutes into the second half Roche got themselves right back in contention when Glen Stewart scored the opening goal of the game.

Once again the Young Irelands were able to up the pace and three goals inside seven minutes from Maguire, Ferrier and Mone, ensured the Dundalk men came out on top.

There was nothing between the two sides in Páirc Chill Choirle on Sunday afternoon. Home side Kilkerley looked like they had done enough to come back and win the game only for Robbie Curran to level the game.

Curran got the first score of the match as the Clans started much the brighter side with Mark McGeown adding two before Tadhg McEnaney opened Emmets' account. Billy Smith then hit 1-1 for the Clans and Shane Lennon with three on the bounce made it 1-5 to 1-5 at half time in the Dundalk sides favour.

Smith added two frees upon the resumption but the home side dug deep and reeled off five points from Ewan McEnteggart, Conor Quigley, Lennon, McEnaney and Daniel McKeown.

Paul Crewe hit an inspirational point for Clans but Shaun Hand and Kieran Murtagh efforts looked to be enough for Kilkerely only for Curran to be on hand to convert a 45 resulting in the sides sharing the spoils.

St Josephs picked up their first win of the campaign when they enjoyed a comfortable victory at home to St Kevins on Sunday evening.

The Kevin’s responded when Tom Matthews hit a point from long range but the Joes remained on top and scores from Jack Mulligan, McCaul, and Alan McKenna helped their side lead by 1-5 to 0-1 at the first water break.

The Joes dominated the second quarter and a second goal from Gabriel Bell was followed by another to make it 3-8 to 0-1 at half time.

The second half saw the Kevin’s in control of the early scoring, with two points from Patrick Clarke from open play and an advanced mark and four pointed frees from Cian Callan. At the other end the Joes were off target with five wides to leave the Joes ahead by 3-8 to 0-7 at the water break.

The Joes got off the mark on 20 minute from a Craig Doherty free, the Kevin’s responding with a superb point from wide left by James Harper. The Joes added points from two Craig Doherty frees, Jack Mulligan added a third, whilst the hardworking Daire Smyth's persistence paid off when he beat two defenders and slotted over a point to seal a comfortable win.

O’Connells came out on top in this local derby at The Grove on Sunday evening. The visitors raced into a three point lead with three frees, two from Thomas McCreesh and the other from Ciaran Markey. Dean Stanfield got the Bellingham side on the scoreboard with a point and a Robert Quigley free left one between the sides after 15 minutes.

The water break seemed to break the Barrs momentum, O'Connells gradually growing into the game as the Finbarrs mistakes increased.

McCreesh landed another free for his third point of the game but a good long distance effort from Andrew Keenan and another free from Quigley had the sides all square 0-4 each.

The Barr’s goalkeeper Daithi Woods landed an excellent 45 to put his team ahead again but O’Connells full forward Conor Culligan got the equaliser not long after. A goal by Dean Stanfield just before the break was a great boost to the Castlebellingham men, as they went in at half time with a 1-5 to 0-5 lead.

The Bellingham team increased their lead to six points at the start of the second half with a brace of frees from Quigley and the other from half back Emmet Byrne.

The sides shared the next four points, another brace from Quigley for O’Connells, James Butterly and another 45 from Woods for the visitors. The Bellingham team then landed the next three points without reply, two more from Quigley and a second for Keenan to leave the score 1-13 to 0-7 with under 10 minutes to go.

Points from Adam Hanratty and Conor Osborne reduced the margin but Quigley got the last point before the final whistle his ninth of the game enough to secure the win for O’Connells.

The opening score came from a free just 30 seconds into the match from the boot of Glen Matthews. The edgy affair was tit-for-tat in the opening 20 minutes until Rovers wing forward Marc Ward hit the back of the net with the first goal of the game.

The opening half finished Hunterstown Rovers 1-6 O Raghallaighs 0-5 but the Drogheda men struck two goals in the second half from Eoin Moore and Ben Rogan.

Ryan Burns and Tony McKenna scored three points apiece in the second half but it wasn't enough as the Drogheda men scored their second goal in the 45th minute leaving the hosts trailing for the remainder of the game.