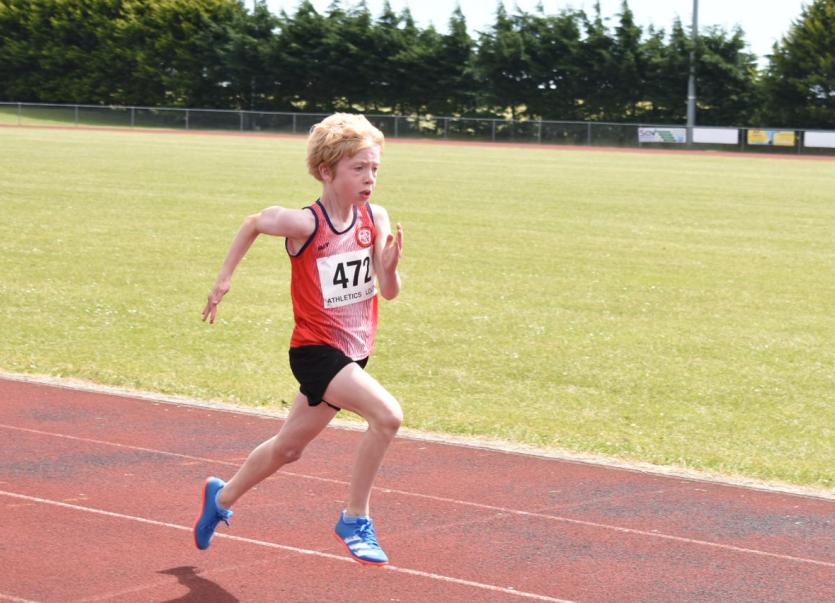 A number of eager young athletes from Dundalk St Gerard’s AC made the short trip to Bush for Day Four of the Louth Juvenile Track and Field Championships on Sunday 27th June.

On a very hot day, it was the turn of the U12 athletes to get their long-awaited taste of competition, the first track and field event for their age-group in nearly two years.

The day’s events consisted of 60m sprints, 600m middle distance, Turbo Javelin and Long Jump, and was restricted to the U12 age category only.

First up was the girls’ 60m sprint contest which required five heats, such was the large field of athletes.

The semis were equally tight, with Aoife narrowly missing out on a place in the final shake-up. Anna Duffy progressed to the final and put in a very strong sprint to claim a 3rd place podium finish.

In the Boys’ 60m event Ferdia McEvoy, Ben Eccles and Shay Casey lined up for the club. Ferdia and Shay progressed to the final, with Ferdia winning his heat and Shay finishing 3rd in his, while Ben narrowly missed out on a place in the final, finishing 4th in his heat.

Ferdia romped home to victory in the final, taking Gold with a blistering run for the club’s second medal of the day.

The 600m middle-distance events were equally competitive. The girls’ contest was next up, which saw another huge field of 21 athletes in a straight final.

Anna Duffy was once again amongst the medals with her second bronze medal of the day finishing third, with some strong performances also from Aideen Cumiskey, Chloe Cheshire, Aoife Murphy, Megan Hughes and Niamh Farrell. Ben Eccles represented the club in the boys 600m event, placing a respectable 9th.

The day’s field events kicked off with the Girl’s U12 Long Jump where Ann Duffy made it three from three with another bronze medal for her third podium finish of the day with a jump of 3.77m.

The final event was the Turbo Javelin. Anna Duffy and Chloe Cheshire competed in the Girls’ event amongst tough competition and did well.

In the Boy’s event, the Saints had two athletes on the winners’ podium to round off the day with Ben Eccles claiming silver and Shay Casey clinching Bronze. Ferdia McEvoy narrowly missed out on a medal in 4th place.

The fifth and final day of the Championships takes place on Sunday 11th July, with the U9s, U10s and U11 athletes competing.