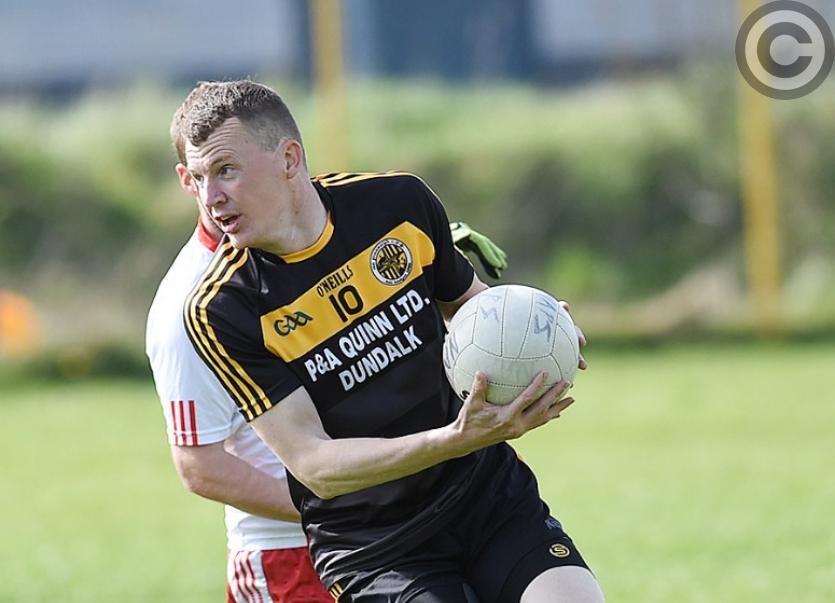 Na Piarsaigh proved too strong for John Mitchels on Tuesday evening as the Dundalk men eased in to the final of the Kevin Mullen Shield thanks to a nine-point victory.

Vinny Chorley and Paul Mallon helped make it a worthwhile trip to Ballybailie as they accounted for ten of their side’s total between them.

Both men were in good form in the opening half as the visitors took control of the game from the early stages and by half time had established a 0-12 to 0-2 lead.

The Mitchels did provide more of a challenge in the second half with Kevin Gallagher and Mikey Nulty among the scorers. However, Na Piarsaigh were always in control and in the end ran out comfortable winners.

Glen Emmets set up a meeting with Na Piarsaigh in the final of the Kevin Mullen Shield after seeing off the challenge of Wolfe Tones on Tuesday evening.

The Drogheda side have been catching the eye with some of their recent performances but despite their best efforts in a strong third quarter, they were unable to match a strong Glen Emmets outfit.

The Tullyallen side got off to a flying start and with the help of scores from Andrew Mooney, Ronan Grufferty and James Butler and were 0-7 to 0-1 ahead inside 14 minutes.

The Tones steadied themselves and with scores from Chris Cudden and Rory Taaffe, they cut the gap to 0-10 to 0-6 at the break.

The home side continued to battle in the second half and the gap was down to three when Darren Weldon pointed in the 40th minute.

However, at the start of the final quarter Eoin Maguire struck the first goal of the game to put his side back in command before Kealan O’Neill put the result beyond doubt with a second goal on 52 minutes.