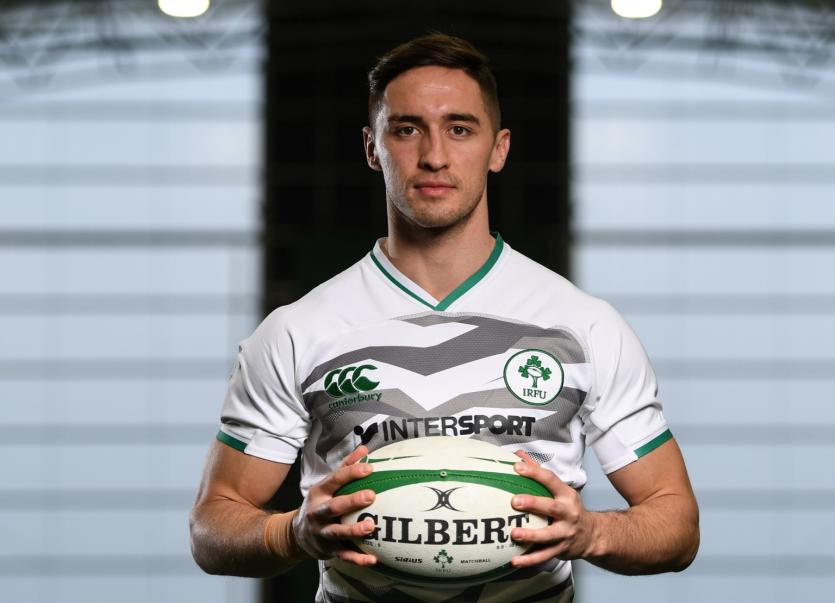 THE Ireland Men’s Sevens have today discovered their Pool opponents for next month’s Tokyo Olympics, as Anthony Eddy‘s side gear up for a historic first appearances at the Games.

Former Love Island star Greg O'Shea played a key role as Ireland Men’s Sevens side realised their Olympic Dream by booking their place at this summer’s Tokyo Games courtesy of a 28-19 victory at the final Qualifying tournament in Monaco earlier this month.

Following their memorable victory at the World Rugby Sevens Repechage in Monaco, Ireland have been paired in Pool C alongside South Africa, USA and Kenya for the Tokyo 2020 Olympic Rugby Sevens competition, which takes place from 26-28 July at Tokyo Stadium.

The 12 Men’s teams have been allocated to three pools of four teams, according to rankings based upon performances in the HSBC World Rugby Sevens Series and other World Rugby sanctioned tournaments over the past two years.

Ireland are familiar with their Pool opponents having played against all three during the truncated 2020 HSBC World Rugby Sevens Series, while Eddy’s side faced USA at the GB International 7s tournament in May.

In their last encounter, Ireland drew 19-19 with South Africa – the bronze medallists in Rio – during the Los Angeles round of the World Series in 2020, while they went head-to-head with Kenya in Cape Town in December 2019.

“We are familiar with these teams from the World Series and the reality is there are no easy games at this level,” Eddy, the IRFU Director of Sevens and Women’s Rugby, said. “We will prepare well for the Pool matches and look forward to each game. I think the Monaco tournament experience will put us in a good position for Tokyo.”

Commenting on the Pool draw, Ireland Captain Billy Dardis said: “After letting the emotions of the last week settle, it is all starting to get very real for the squad and today’s announcement is an exciting marker for us. It is going to be a very challenging Pool but we’ve come up against those three teams regularly before and will take confidence from previous meetings.

“We’ll focus on preparing for these three teams now over the coming weeks and it’s an exciting time for us. We’re really looking forward to getting over to Tokyo and stepping onto the Olympic stage.”

Pool A in the Men’s competition sees a renewal of the mouth-watering antipodean rivalry between current Rugby World Cup Sevens and World Series champions New Zealand and Australia. Joining them in Pool A are Argentina, who finished sixth in Rio, alongside Olympic debutants the Republic of Korea who qualified for Tokyo by winning the Asian qualification tournament with an extra-time ‘golden point’ try to overcome Hong Kong.

In Pool B, reigning Olympic champions Fiji will face silver medallists Great Britain and hosts Japan, who finished a very creditable fourth in Rio, along with Olympic debutants Canada.