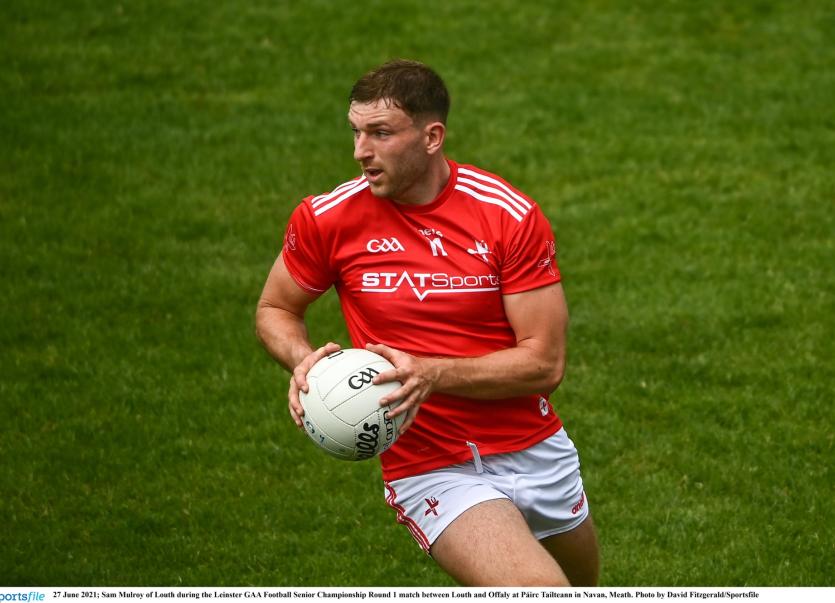 It has been a rollercoaster ride for Sam Mulroy in his first year as captain of Louth, from the lows of a last gasp loss on the opening day to Antrim to the highs of securing promotion to Division Three against Carlow.

The game last Sunday mirrored their year, with many ups and downs as the Wee County looked set for a rare big championship win in stages, while at other times looking dead in the water.

Despite a gallant effort it was the Boys in Red who came up just short and despite some fine displays throughout the league, Mulroy felt that the tie was lost in their poor start to the game.

“I think there was a lot of nerves in the first 25 minutes, a few dropped balls, it took us a while to get into the game but as I’ve said before we are as good as anyone” he exclaimed.

“It shows that if you don’t come out at the start against a good team like Offaly, they are going to punish you in the end and that’s what happened.”

Mickey Harte made sure they had their homework done, knowing too well how John Maughan would likely set up his team, however the Naomh Mairtin clubman felt that when they got to grips with that system, they couldn’t make it count.

“We had studied them over the last number of weeks, we knew what they were going to do. We tried our best, they set up a good line and they have some good defenders, good tacklers and we struggled in the first 20 minutes to break that down.”

“I think when the game opened up we showed them what we can do. We tried to pick it apart and worked on it over the last number of weeks but unfortunately we couldn’t come up with enough scores to reflect that on the scoreboard.”

Attentions now turn to the clubs ahead of November’s County finals, but Mulroy is hopeful that after this year’s success clubs will be more willing to work with what the county team needs.

“We will tip away with Louth as best we can which is really important, that we don’t forget about the good work that has been done and we have to start again when we go back.”

“I think clubs have to understand that we have to grow Louth Football, grow the county team, so they need to give the full backing to the county squads whether that’s U20’s, Minors, the hurlers or footballers. We need everyone to realise that the county squads come first a lot of the time.”