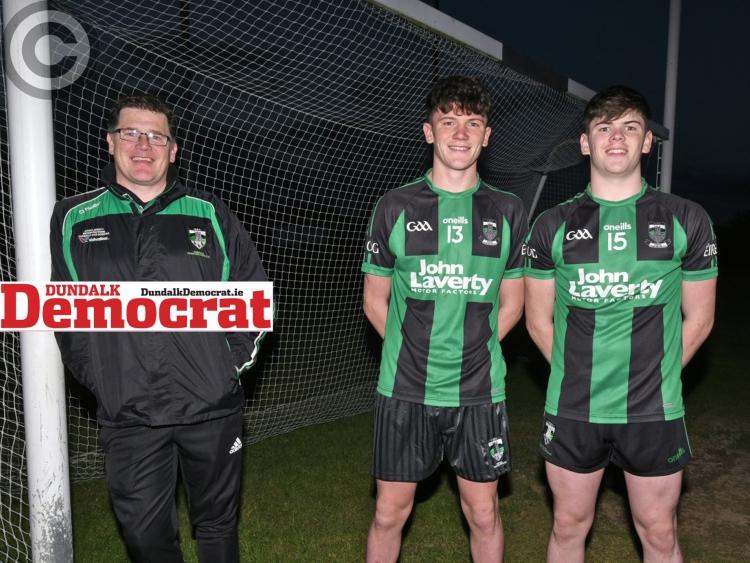 The light glares on the Dixon Cup as it sits forlorn on the kitchen draining board at Páirc Éire Óg. Sunday will decide if that’s how it will reside into the new year. Eye it long enough and you want to hold it.

It’s begging for a sibling, a chalice with yarns aplenty and decorated by war wounds. The love it receives over the winter is almost dependent on a marriage with Christy Bellew.

As we sit down - your writer and the O’Donoghues, manager Adrian and sons Jordan and Cian - the room seems to revolve around the silverware, as too does Young Irelands’ season. Ultimately, how 2018 is remembered depends on Sunday’s result.

However, it’s different to some degree for the involved trio, who each sport Young Irelands from head to toe. Their hair colour even tones. It’s a family occasion independent from anything else.

“Moments like this don’t come along too often and to be able to share it with family members, it’s so surreal,” Jordan, the elder of the brothers, pipes up.

The magnitude of the occasion is not lost on them. They stand of the brink, as the county’s oldest club, with pen in hand, primed to scribe another significant chapter into Young Irelands’ history.

“These are special times and these boys really, really understand that. A junior medal to us, and for anyone in the final, is as important as an All-Ireland. It has the same motivation,” Adrian explains.

Their last fling with Christy’ came in 2007, with Adrian on the line and Jordan watching as a ‘young fella’. To him the winners of 11 seasons ago were a pantheon of heroes, men responsible for his conception as a Young Irelander above all else.

“I was there in 2007 looking at these boys and growing up hoping that one day I could be playing with the likes of Derek Maguire, Cian O’Naraigh, Ciarán Murray and Peter Nixon. For that to happen 10 or 11 years on is serious, and a goal I’d set for myself when I saw the joy and celebrations back then.”

Cian, who stands slightly taller than the man four years his senior, is in his first year as an adult player, even though still a minor. He is shy, but is never left squirming when questioned, Jordan always willing to take over when sensing an awkwardness. It’s nice to see and symptomatic of their on-field relationship, Jordan there in Cian’s time of need. They wear their final numbers, 13 and 15 respectively.

A simple dynamic exists between the father-son combination - one which has been proven to work. It’s the “most important thing to consider,” says Adrian.

“It’s very simple; we keep everything on the field and in the club. We don’t take anything home. If there are disagreements or something has to be said it’s all done here, and that is, as far as I’m concerned, our secret to a happy house and a happy club.”

Support comes from home too. “Behind every good man, there is a better woman,” ‘the gaffer’ quips.

Julie, Adrian’s wife, is a constant at matches, sometimes acting as a “mediator”, but mainly as a source of backing.

“She’s there to try and control me on the sideline, occasionally... and there to support the boys. She’s their biggest critic, their biggest supporter, she will never miss a game and she just loves the whole buzz of being part of a club. She’s a sports fanatic.” 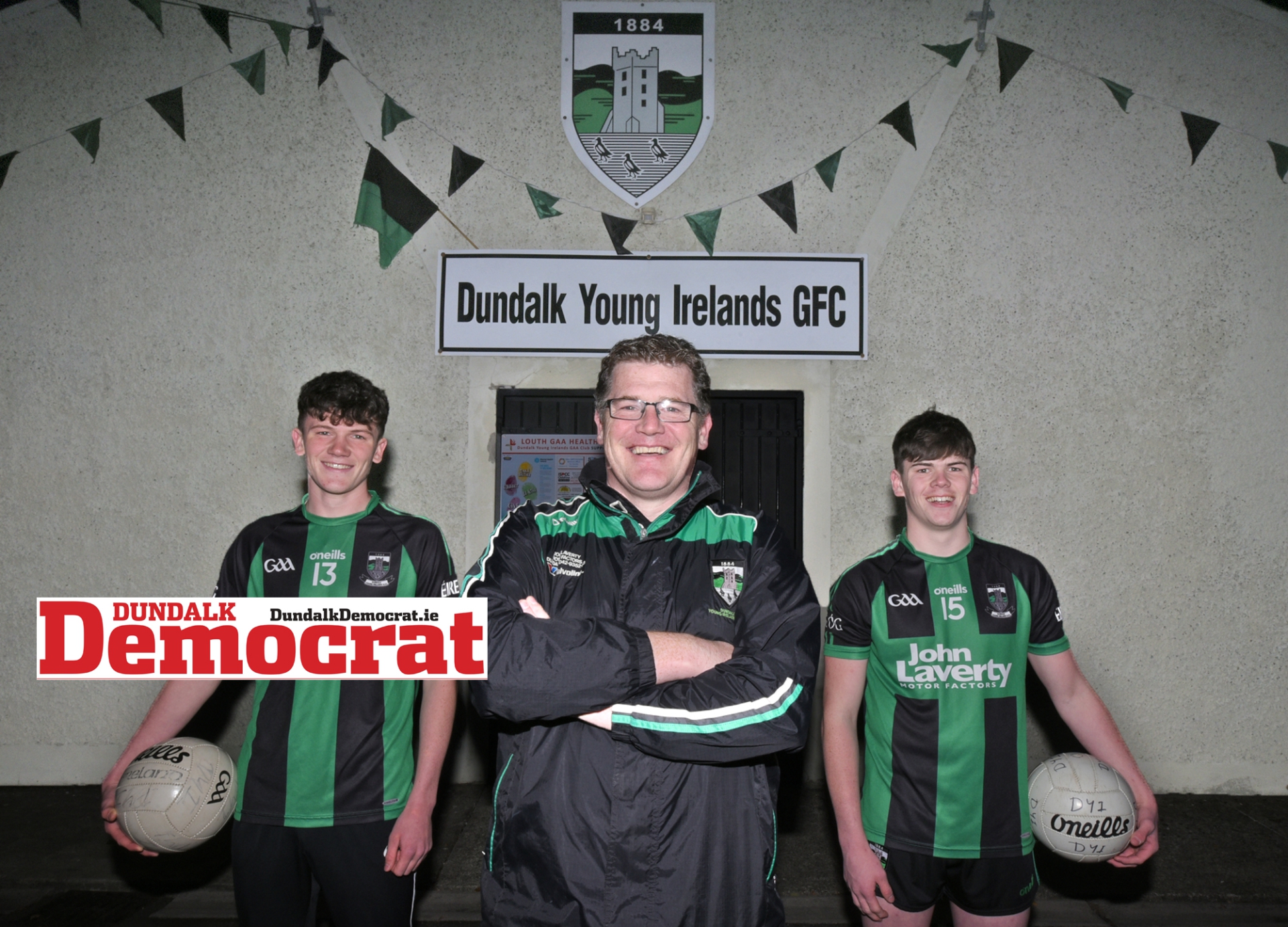 CATALYST
Flick back to last year and there was despair. Relegation in league and championship. Frustration.

Jordan: “We got off to a bad start and we were chasing it, thinking: ‘if we beat so and so’ or ‘if we get so many points we’ll be safe’. Every game we were thinking like that. It was frustration. The losses killed us.”

Adrian: “We lost 16 games last year, nobody sets out to lose 16 games. Players, naturally, are competitive and sometimes when a team realise ‘we’re not going to win anything this year’, what motivates you to go training? It’s your hobby, but it then becomes a chore.”

It was a case of taking a step or two backwards to move in the right direction. Indeed, Adrian sees similarities to 2007, where the club “rose from the ashes” after six solemn years junior, rejuvenating themselves on the back of “work by great men like Pat Bailey, Kieran Maguire, Enda Murray, Tony Hande…”

The hunger returned, it was clear from their first session on January 3. Last season’s hurt, the anger, it was a catalyst. They’re now 120+ gatherings later and on the desired path.

“At the beginning of the year, our goals were: win the league, win the championship, win a Leinster, win an All-Ireland.

“We’re halfway there after Sunday!” says Adrian, who won an intermediate medal with the club in 1996.

MEDAL
Myself: “Do you know where the medal is, fellas?”

“It’s in the house somewhere, he doesn’t flaunt it about,” Jordan says with hesitance, as the brothers glance at one another, before adding: “hopefully we’ll have a couple more to add to it in the next few years.”

Myself: “I note you didn’t say this year.”

After all, they’ve already got league winners’ medals.

DETERMINATION, PRIDE & SADNESS
Adrian: “I remember Kieran Maguire saying to me, he won a senior championship medal in 1979 and he thought he was going to win every year of his life until he retired. What did they win then? They won nothing until ’96.

“Now, we’re making a big deal of it because it is a big deal. You don’t know what’s going to happen. I keep telling the lads: ‘you play every game as if it’s your last.’

“I’m very proud, as a father, to be a part of it. I’m very proud to watch the two boys and the players that they have developed in to and I think their best is yet to come, but not just our boys, this team, if they stick together and keep motivated, can do great things because we have such wonderful young players coming through.”

When they cross the white line at Dowdallshill there will be a paradox of emotions. The sense from Cian is that he just wants to play well and appreciate the occasion without letting it better him.

For Jordan, there is a more poignant undercurrent, playing with figures of his childhood and adolescence being one of them.

But Conor Morgan, the larger than life Dundalk Gaels man who passed away this year, his presence will be keenly felt. 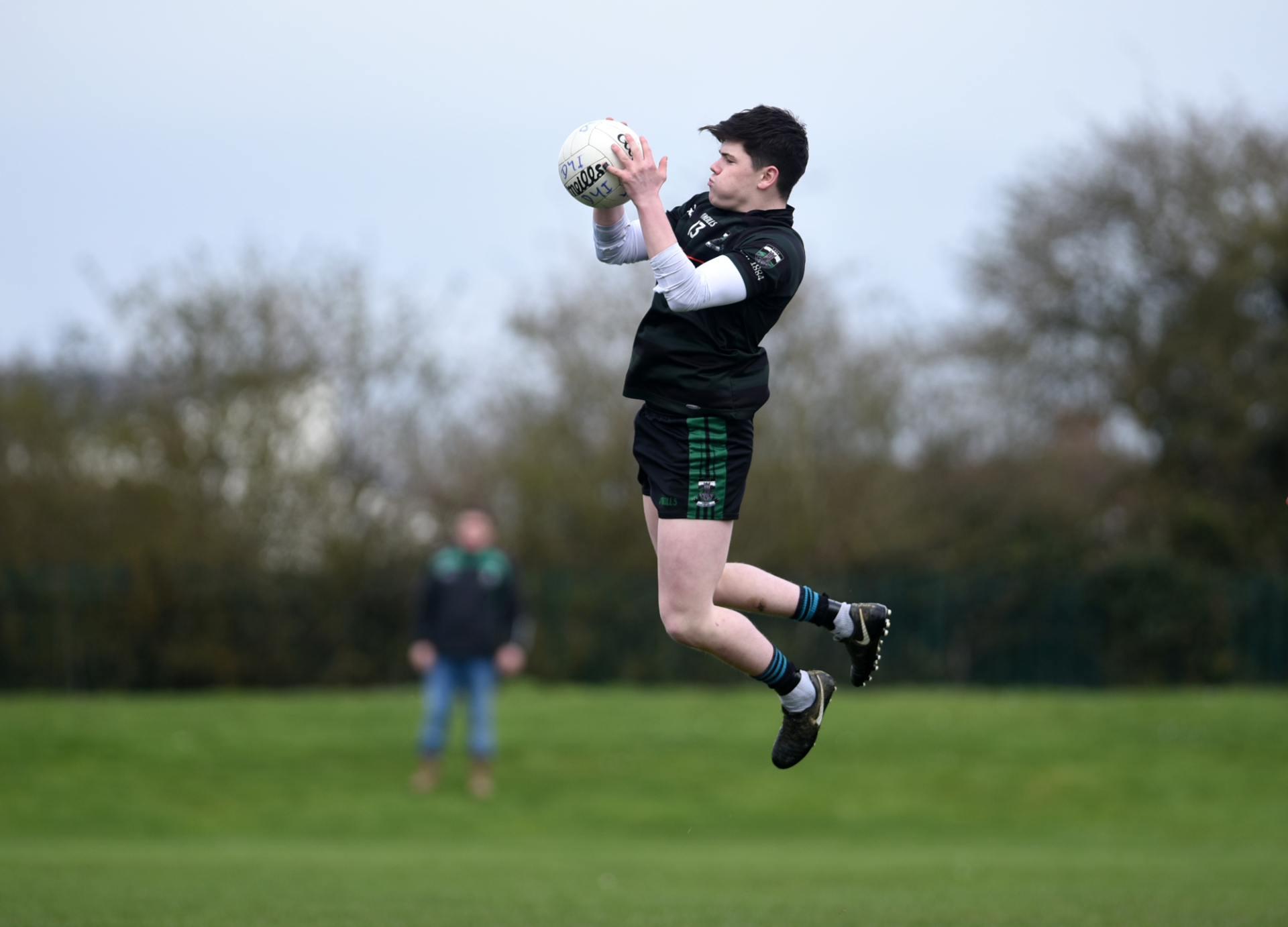 “The championship is a massive thing and there is a buzz about the place, pulling on the jersey, going out, listening to the anthem with the crowd there…

“Playing with Dean Maguire, who would have been my best mate growing up and Irelanders to the bone, there’s nothing better. It’s what every player dreams of, to spend days with their best mates and family. It’s the overall goal of Gaelic football and life.

“But, for me, Dean and Cian, this year we lost one of our best mates. The final, for me, will be for him.”

FAMILY
Family is very much a driver of Young Irelands, this team especially. The O’Donoghues aside, the Maguires - Kieran (selector) with Derek and Dean, the Sheekeys - Fergal and Aidan, the list goes on. It’s a seminal occasion.

There is talk of a double, understandably so. Young Irelands lost 16 games last year. This year they have won 15, with one to go, the big one, the one worth more.

The conversation intensifies as the corridor becomes a cacophony. Booming thuds emanate from outside. “Boys, let’s go,” can be heard clearly. The build-up is in full flow, the stage set. The Hoey’s Lane Express is charged for the Newry Road, its men ready, brothers in arms.