Margaret Brady was a devoted mother 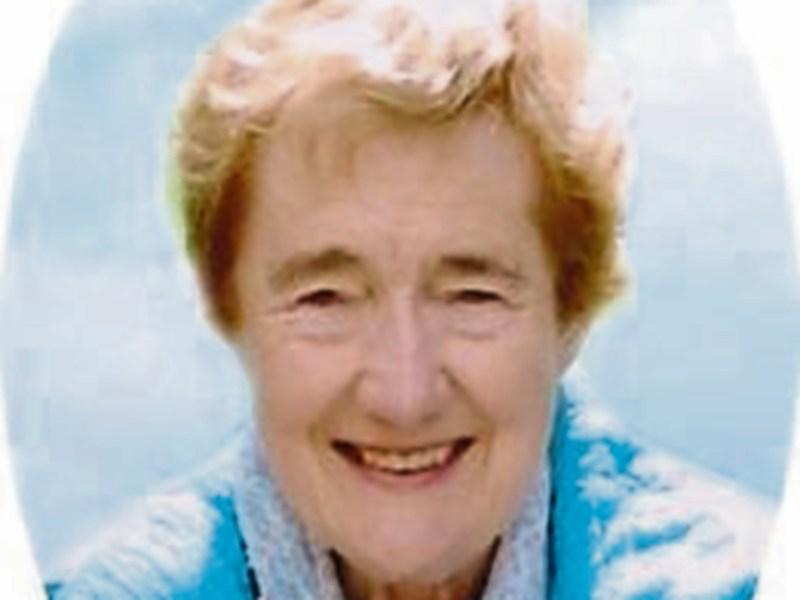 The passing of Margaret Brady, Donaghmore, Carrick Road, Dundalk leaves a huge void in the lives of her family and friends.

Nevertheless they have fond memories of a devoted and loyal mother who worked so hard to raise her family of seven children.

Margaret’s death occurred peacefully on December 28th, 2018 at her home surrounded by her loving family following a short illness.

Margaret was born to parents James and Rose Donnelly (Donaghmore, Dundalk). She was educated at Stabannon National School and St Vincent’s Secondary School.

Margaret worked for a number of years as a book keeper prior to her marriage to her beloved husband Benny on 1st September 1954. She was joined on that special day by her sister and best friend Mary, who married Sean McKeown in a double wedding.

Unfortunately, in 1979, Benny died just before their 25th wedding anniversary. Margaret then had to take on the difficult roles of parent, publican and farmer, which she did successfully.

She was ably assisted in the pub by her children and good friend and manager Maurice McCabe. Margaret was a much loved and well respected publican. Customers in the bar loved her homemade soup, scones and salad plates.

Margaret also helped on the family farm at Donaghmore and was renowned for feeding farm workers very well during the busy harvest season.

Margaret had many hobbies and interests including reading books and local newspapers, watching TV soaps and “Countdown” and Margaret also loved listening to her local radio station LMFM.

However, her greatest interest was in people. Margaret was a great listener and loved to chat with family and friends.

Margaret especially loved talking to her grandchildren and great grandchildren. She doted on all 24 of them, loved them unconditionally and spoiled them at every opportunity.

She was heartbroken with the loss of her granddaughter Mairead, aged just 19 years in 2006.

Margaret had many great qualities. She was kind, gentle, selfless and very patient. Her generosity knew no abounds.

Margaret‘s faith was so important to her. She loved to attend Mass as often as possible. Margaret had a large collection of rosary beads and many other religious items which were well used. In her younger years, Margaret enjoyed regular trips to Knock and Lough Derg while more recently, daily prayer was her main focus.

After reposing at her home, Margaret‘s funeral took place on 31st December in the Church of the Immaculate Conception in Kilkerley.

The funeral mass was celebrated by Fr Gerry Campbell with readings by her grandchildren Deirdre and Dylan.

Offertory gifts were presented by her children Pat and Laura. Her son Brian gave a loving and thoughtful eulogy.

The beautiful music was provided by Peter Kirk and Fidelma Bellew. Margaret’s grand daughter Orla Finnegan played beautiful music on the harp while another granddaughter Megan Maguire sang “Remember me” so beautifully.

Burial took place in the adjoining cemetery. The family wish to thank all those who helped the family during her illness and at the wake.

Thanks to all who attended the wake in Margaret‘s home and funeral mass.

Special thanks to her GP, Dr Sarah O’Brien, public health nurse, Emma Hurst and son in law Declan Finnegan, funeral director, who organized the funeral so professionally and according to Margaret‘s wishes.

Margaret‘s months mind mass will take place in the Church of the Immaculate Conception, Kilkerley on Saturday 26th January at 6 pm.