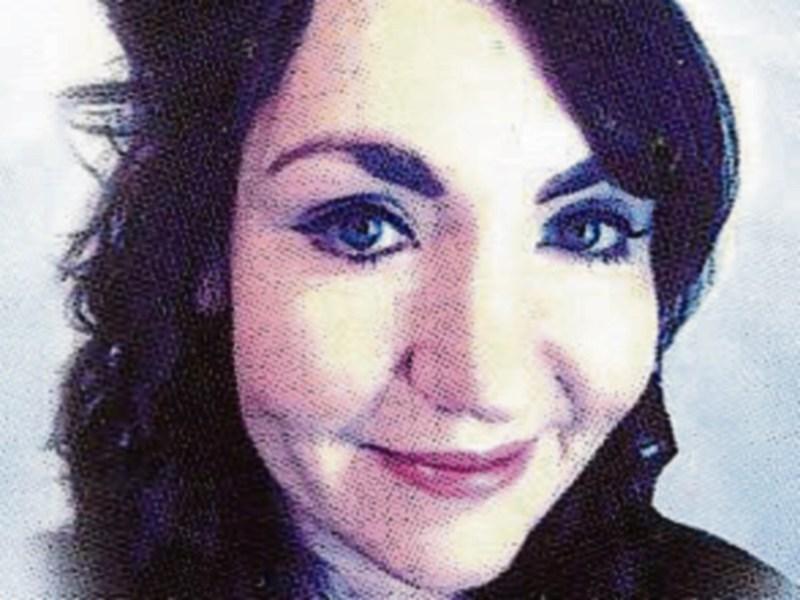 The sudden death of young mother, Vanessa Ryan, was the cause of widespread shock and sorrow throughout Dundalk.

Highly educated, she was passionate about her varied interests, but above all, was a hard-working single mum, who adored her two daughters.

There, Vanessa obtained a Degree in History and was subsequently awarded a PhD in Medieval History and Archaeology.

As a student, she worked in the Writers’ Museum in Dublin, and also for a time in the housing office of Dundalk Town Council, and the County Museum in Dundalk.

She was subsequently employed by Newry & Mourne District Council in Bagenal’s Castle museum in Newry.

Vanessa got involved in geo-tourism, and a cross-border initiative promoting Slieve Gullion, Cooley and the Mourne region.

Part of her job was organising educational tours for children and adults, which she enjoyed.

Vanessa’s interest in history extended to having her own show on Dundalk FM, ‘Time Detective’, consolidating a family link with the station, as her father, Jim, has his show there ‘Classic Sounds’.

Indeed, Vanessa would stand in when Jim was unavailable, prompting some to remark she did a better job, even though that might not have gone down well with her Dad’s loyal band of listeners!

She had also begun to work for Dundalk FM as its Advertising and Marketing Manager.

It is no surprise therefore, that music was another important aspect of Vanessa’s life.

Under the guidance of Sister Maolmhuire, she was a member of the ceili band in Castletown Girls School, and later at St. Vincent’s came under the direction of Brendan Gaughran and Miss McCague.

She competed in Slogadh with her sister, Carol, and they took part in various Geraldine McGee productions.

Vanessa played the violin, and was much in demand at family weddings, and participated in lunchtime concerts which were staged in the County Museum.

Her talents extended to the written word, and she was an avid reader.

Vanessa had been looking forward to expanding her interest in politics.

She already had experience in helping her father, a former Independent councillor, with his successful local election campaigns, and canvassed for Labour’s Mary Moran in the last General Election.

Vanessa had been approached to stand for the Labour Party in the next local elections, and just two weeks before she passed away, had been nominated to contest Dundalk/Carlingford for Louth County Council.

Party leader, Brendan Howlin TD had been to meet her, and on hearing of the sad news, he returned to pay his respects to the family with Senator Ged Nash.

Vanessa’s daughters, Isabella and Ayda were a huge part of her life, and she was a loving and attentive mother to the two girls.

Nothing was too much trouble for them, as far as she was concerned.

After reposing at the family home, 20 Father Murray Park, her remains were removed to St. Nicholas’ Church.

At the beginning, symbols of Vanessa’s life were brought to the altar, a picture of her and the two girls and a copy of her PhD from Trinity College.

The first reading was given by best friend, Alison Lawless, and the second by cousin, Gerard Molloy.

Vanessa’s siblings, Carol, John and Stephen participated in the Offertory procession, while at the end of the Mass, Carol read a poem.

Music was provided by Deirdre Morgan, vocalist and Sarah McCourt.

The Month’s Mind Mass will take place on Sunday, 18 December at 10.30am in St. Nicholas Church.