Hardworking Gerry was single minded in many aspects of life 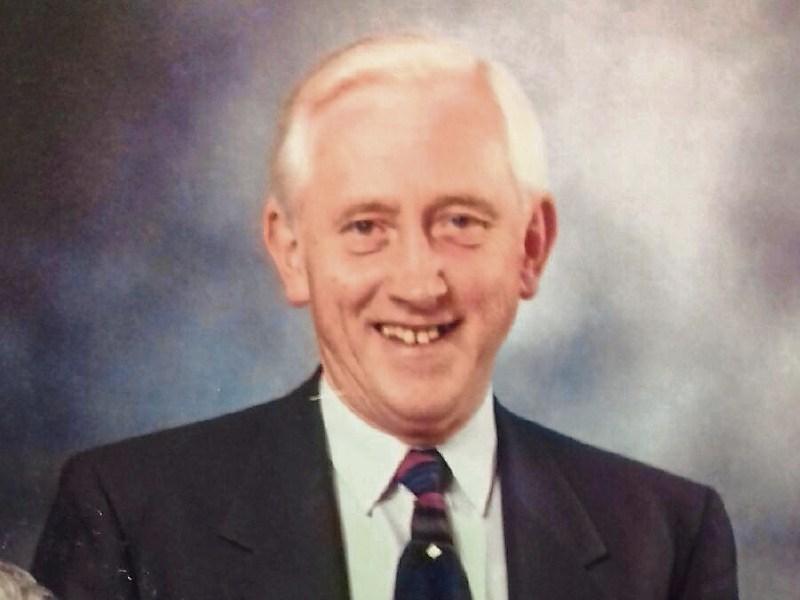 The death occurred of Gerry Foster of Avenue Road on November 21. Gerry was a retired shoe manufacturer and one of the last independent local shoe makers which was once a thriving industry employing thousands in Dundalk.

Gerry was employed in the industry from early in his youth after he left school. He was a pupil of the Friary Boys School and shortly after he finished his formal education went to work in Rawson’s factory.

His future wife Mary Hutchinson from the town’s Saint Gerard’s Square also was employed in the factory. The pair like a great many fellow employees were made redundant and as a married couple facing a very uncertain future when the factory was destroyed by fire and ceased production.

The couple had set up home two doors away from Gerry’s home house in Hill Street. Mary succeeded in securing alternative employment with another local shoe manufacturer Blackthorn whose factory was the last of the larger shoe manufacturing operations to close down. She worked there until her retirement.

She also lent a hand to Gerry when he jointly started up a small shoe manufacturing enterprise with Noel Neary based at Cluan Enda. They changed the letters of the second word of the name of the estate to give the business it’s name “Dean Shoes” that engaged in the manufacture of quality men’s and boys’ shoes for the Irish market and supplied indeed a lot of Gardai with their footwear.

Gerry also made shoes for special occasions. One such occasion recalled since Gerry’s demise was for the wedding of a member of the Garda Siochana where he made the page boy’s shoes in an air force blue colour from Italian leather to match his blue outfit.

He was involved for over a decade in the running of the business before retiring.

However, only for the fact that plans he had to start up a cobblers business went amiss his family believe that he would have continued working for many more years.

For he was a very hard worker, who never missed a day’s work, and was very active and healthy and never visited a doctor or took medication really until he suffered a severe stroke and spent the last seven months of his life in hospital. He defied medical opinion that was anything but hopeful of his chances of survival, and faced with fortitude and without complaint his situation.

He channelled his energy into his home and especially his garden when he retired. This was a joint labour of love with his wife Mary and their efforts won the overall accolade on a half a dozen occasions in the local Tidy Towns garden competition. Once summer came he spent his day from morning to night in the garden, and even a couple of days before he took serious ill he cut the large lawns attached to his house.

After the passing of Mary nearly 14 years ago Gerry didn’t have the heart to enter the competition, but to his embarrassment he still won it one year when entered by a third party which was permitted to boost his spirits.

It was his dream for years to build a house on the Avenue Road, and it was but one instance of his single mindedness that he achieved it. He demonstrated it in other aspects of his life from smoking 40 cigarettes a day when he was younger to stopping smoking.

He also quit drinking for a period of 14 years and o abstained from it every Lent. Nevertheless it was a source of great social relaxation and pleasure, as in the company of his two close friends Sean Foster and Joe O’Hare he went out every Thursday night and the trio were likened to the characters in the TV comedy series “The Last of the Summer Wine.” He used to frequent the Shamrock Bar and Greenore Saloon and more recently the Avenue Inn.

He had a keen interest in and knowledge of gaelic games , and one of his proudest moments was when the Sam Maguire Cup was taken to his home when Armagh won the All-Ireland. He was an animal lover who had a great affection for his pet dog.

Gerry was the youngest and last survivor of five siblings. He was predeceased by his parents, Roseann and Paddy, brothers, Peter and Oliver, sisters, Cassie and Philomena along with wife, Mary.

The family could not praise highly enough the care and attention Gerry received while in the Louth County Hospital where he died.

He reposed at his residence on the Tuesday and Wednesday and was removed the next day to Saint Joseph’s Redemptorist Church. Father Eamonn Hoey CSsR celebrated Mass and delivered the eulogy.

Personal gifts symbolising Gerry’s life including a box of buns which two of his friends brought to him every Saturday since the passing of wife Mary, along with an imitation dog, were laid at the altar by Mary Watters, Patsy Hoey and. Marie Corcoran.

The Readings were given by Miriam Brown and Annie Corcoran, while the Prayers of the Faithful were led by Patsy Quinn, Tina Cassidy, Mary Kelledy, Mary O’Gorman, Noeleen O’Brien and Anne Oakes.

The Offertory Gifts were presented by daughter, Rose and granddaughter, Grainne.

The music was provided by singer, Sarah McCourt and organist Trevor Clarke.