Gerry had a smile of such warmth it lifted people's hearts 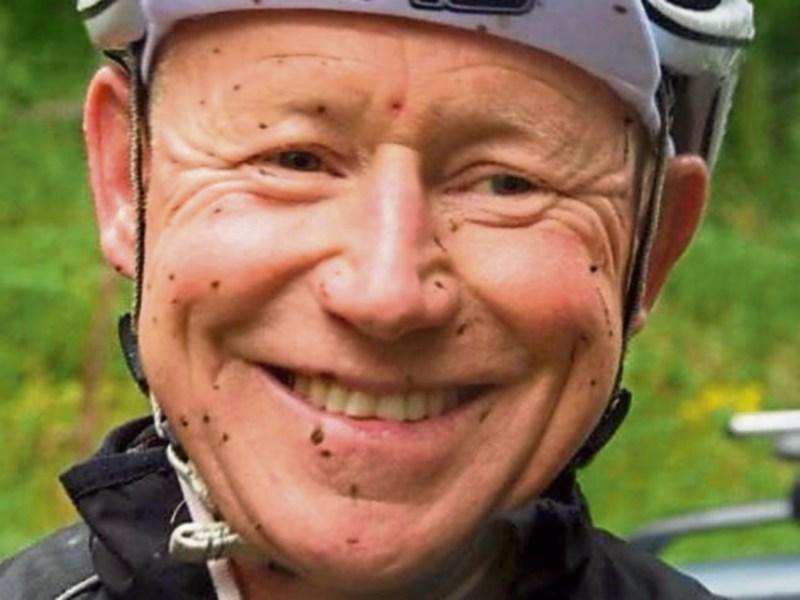 His heartbroken family are still reeling from the shock and numbed by grief after the sudden and untimely death of Gerry McCabe, Ath Lethan and “Ardaghy’, Dublin Road Dundalk which reverberated far beyond his native town.

Aged just 49 Gerry embodied a very active, fit and healthy lifestyle with his great love of life and sport that he engaged in and excelled in different forms and the most challenging right to the end. Coupled with that he had an infectious personality and a smile of such warmth that lifted hearts and inspired others and it’s incomprehensible that he won’t light up lives again.

He had a very close relationship with his siblings and mother who he visited every day, and their loss is just incalculable, but will draw on the abundant joyous and happy memories to sustain them.

He grew up as the youngest of six siblings on the outskirts of town on the Dublin Road where his family home was located opposite Meehan’s Garage. After finishing school in the nearby O’Fiaich College he served an apprenticeship as a baker with the former HF & J McCann.

His earliest association with sport was with motor scrambling, being 13 when he gained his first motor cycle , and was a member of the Dundalk and District Motor Scrambling club.

He left for London in the early 80s where he worked as a bus driver. He followed in the footsteps of his brothers Declan and Johnny into rugby, lining out for the London Irish club, having made his introduction to rugby with his home town club.

The travel bug that he possessed prompted him to head Down Under, following brother Johnny who had already made the move. He was accompanied by a number of friends Gary Hanratty, Conor McGuire and Colm Stewart.

He was into weight lifting in the gym and continued it in Australia where he enjoyed working with his brother Johnny and had a great time there.

He returned home in the early 1990s and resumed working as a bus driver with CIE and drove for local bin companies. He started playing with Dundalk Rugby club and by the late 90s was a prominent player, turning out with the first team and was a member of the side that reached the Provincial Towns Cup final in 2000.

He was a very enthusiastic player, who loved training and his infectious nature and smile lit up dressing rooms. He toured with the club abroad, travelling to Italy and France.

He switched employment around this time, joining the Talk to Me Mobile company owned by local man Hugh McEvoy. He then entered the marketing business with Richmond Marketing and had just started a new job a couple of days before his demise.

In the early noughties he embarked on a new sporting challenge, starting biking and joined the local Cuchulainn club. Brother Johnny teamed up with him in many races around the country.

He branched into mountain bike racing and road racing. He captured national championship honours in the mountain biking category and represented his country in many countries around the world.

The pinnacle and perhaps his proudest sporting achievement were completing five Ironman triathlons, competing in such events in Austria, UK and Lanzarote. He also did several Trans Alps mountain bike races. He was a founder member of Setanta Triathlon club which started up in 2005 and was a member of the North East Runners club.

He was an outstanding athlete who prepared to the most exacting and highest standards and gave his wholehearted commitment to everything in which he was involved and was a true inspiration to all he competed alongside and against in the manner that he conquered adversity in recovering for instance from many injuries he sustained while competing.

He was predeceased by his father Jackie in 2007.

After reposing at the family home, 'Ardaghy', Dublin Road on Saturday and Sunday, Gerry was taken on the Monday to Saint Joseph’s Church for Requiem Mass which was celebrated by Father Brendan Callaghan CSsR.

Testament to Gerry’s immense popularity and the very high regard in which he was held and the standing of his family in the community was the huge attendance at his funeral ceremony which was one of the biggest in town in years.

Touching tributes were paid to him by the Guard of Honours provided by the Dundalk Scrambling Club, Dundalk Rugby Club and Cuchulainn Cycling Club at different stages , with cyclists from the latter club providing an escort along his final journey to Ballymascanlon roundabout.

Two poignant parts for Gerry’s family was when he was taken into the church and the song “Let it Be” was played and “Brothers in Arms” as he was leaving, the latter song a powerful reminder of the many happy sporting times the brothers had together.

Gerry was laid to rest in Saint Laurence's Cemetery, Omeath alongside his father. Friends and fellow members of the Cuchulainn and Setanta clubs helped his brothers and other family members carry Gerry along the final leg of his journey to his burial place.