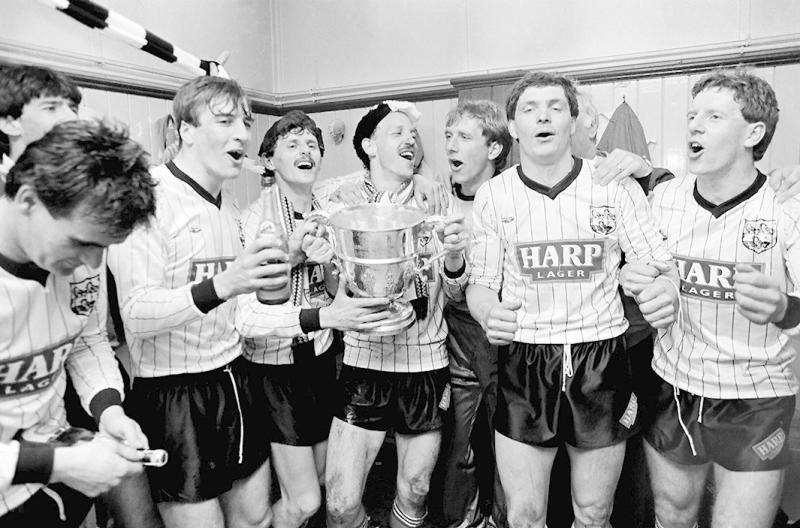 With 13 minutes to go at Oriel Park, Derry City led Dundalk 2-0 on Easter Monday, 1988. Apparently, Turlough O’Connor and his charges were about to see their title dreams shattered. But what unfolded over the course of the final quarter is now a well-known part of club history. That set of players have now been elevated to the level of legends.

However, the season’s definitive moment came in stoppage time when Dessie Gorman stole a loose Derry back pass to win the match for Dundalk. Oriel went bonkers, so they say.

Perhaps the Carrick Road venue has never witnessed such a combination of the joy and disbelief that greeted the full-time whistle. The victory acted as a springboard for the team to go on and achieve something which had only ever been done once in the club’s history; the league and Cup double.

Dundalk defeated St. Patrick’s Athletic in a title decider at Oriel Park on the final day before claiming the FAI Cup with a 1-0 win over Derry City at Dalymount Park.

None of this would have been possible, however, had Gorman not produced in that fateful moment on Easter Monday...